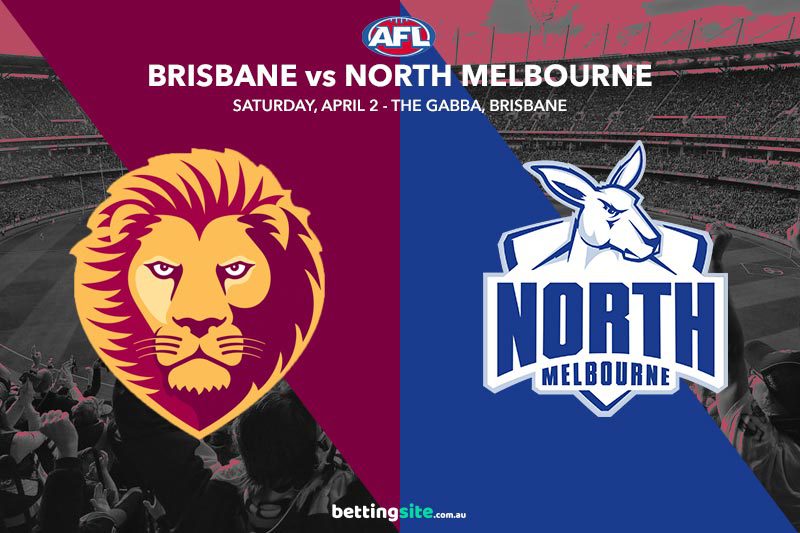 The Kangaroos might be a team on the up, but they will have to overcome monumental odds if they are to trouble the Brisbane Lions at the Gabba this Saturday night.

The Lions have started the 2022 AFL season largely as expected. They looked rusty against Port Adelaide in round one but found a way to win ugly, and then finished over the top the Bombers in round two in a much more polished and assured performance. They are progressing like a side confident of finishing in the top four and then challenging for the flag. Brisbane should be further improved in their third hitout and will be looking to generate a reputation as being unbeatable at home, so expect them to dominate when lesser sides travel to the Gabba.

North Melbourne, on the other hand, entered the season with low expectations and would be happy to finish above the wooden spoon, assuming they are not throwing matches for future draft picks. North were competitive against Hawthorn in round one, which doesn’t look too bad in hindsight, and then fell over the line against what must be West Coast’s fourth-stringers.

The win over the Eagles should have been an opportunity to show some ruthlessness, but the Roos hit an early lead and then maintained it unimpressively for the last three quarters. Coaching staff should have been screaming for a one-sided goalfest as a marker for future performances, and club leaders ought to be disappointed with their inability to smash the scoreboard.

Brisbane have a powerful set of midfielders, hence our confidence to back them to rack up big disposal numbers in round three. If the Lions apply a high-handball strategy, which makes sense when looking to run an inferior team ragged, there should be some impressive totals. North will need to either apply relentless pressure on the Brisbane midfield ball carriers or, preferably, win the ball themselves. Our key match-up is Kangaroo Hugh Greenwood, who has started the year brightly, against Brisbane ball-magnet Lachie Neale. If Lachie gets loose, the Kangaroos will be in for a very long evening. Here’s hoping the Brisbane midfield own the footy and rush forward to hammer the scoreboard on a dry Queensland evening.

One-sided games can be difficult from a value perspective. The line has been set at a whopping 42.5 points. There is little value in wire-to-wire markets. The Lions are $1.08 straight-up if you like bank interest. Brisbane by 40+ is returning $1.70 at Bet365, but we’re better off taking the -42.5 and getting $1.90. So, we’re going to tip that the game score goes over 164.5 and pray for good weather. The forecast is looking clear, but Southeast Queensland seems to be in and out of floods these days.