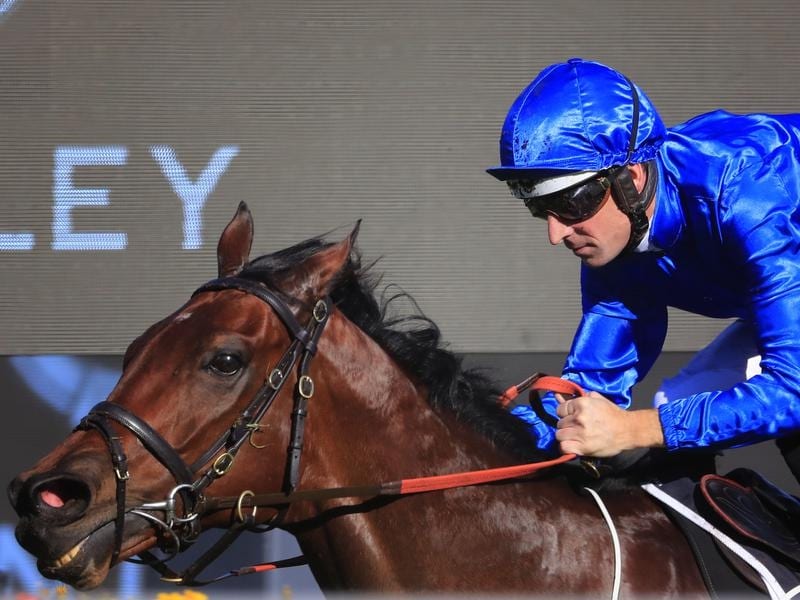 Godolphin sprinter Viridine has overcome a betting drift to win the Winter Dash at Randwick.

Hugh Bowman has declared Viridine would not be out of place in a Group One race but the Randwick punters who took a different view have paid the price.

Opening at $4.80, the Godolphin sprinter was a noted market drifter to start $6 but he had little trouble accounting for his rivals in the Winter Dash (1200m) on Saturday.

Bowman let the gelding find his own rhythm early under his 61kg topweight and Viridine finished over the top of leader Handle The Truth ($6) to score by 1-1/4 lengths with favourite Southern Lad third.

“You could put him in a Group One race, run to suit and in the right spot, and he wouldn’t disappoint,” Bowman said.

“I know it’s a long way from that level today but that’s the sort of horse he is.”

“He’s a seasoned campaigner and a real tradesman-style of horse,” Beadman said.

“He has probably been his own worst enemy at times, he wants to be two lengths from where you want him in the running, but it all worked out lovely today.”

Beadman confirmed the stable would look at next month’s Ramornie Handicap at Grafton for Viridine, depending on the weight he was given.

The gelding’s win was a tonic for Cummings and his family after the death this week of Gooree Stud principal Eduardo Cojuangco, the grandfather of Cummings’ wife Monica.