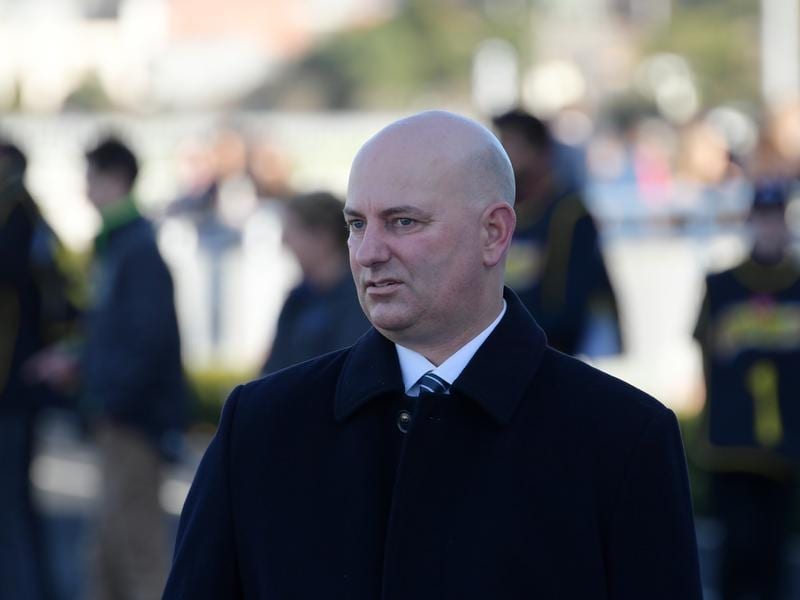 Trainer John Thompson has Best Stone set for her return from a spell at Randwick.

John Thompson believes Best Stone has returned a better filly this preparation and the trainer is looking forward to taking her back to the races at Randwick.

Best Stone has been scratched from a couple of races in the past eight days, including at Wednesday’s Kensington track meeting, but Thompson is preparing to run her first-up in Saturday’s Grunt Standing At Yulong Handicap (1100m) for the three-year-olds.

Best Stone has won two of her seven career starts, with her wins coming in the final two starts of her previous preparation at Canterbury earlier this year.

“It’s a nice race for her on Saturday in three-year-old grade,” Thompson said.

“She’s a nice filly going places and this is a good race to kick her off in.

“She has come back well. Her trials have been nice and she’s ready to go.

“She seems to have come up a cog and gone to a new level.

“We’ve scratched her a couple of times from wide draws and she hasn’t fared much better on Saturday but she will be running.”

After winning a barrier trial at Canterbury stylishly in late May the filly was given an easy time in another trial on the synthetic track at Randwick leading into her return.

Thompson wants to get Best Stone’s rating up early this preparation with a view to giving her her chance in stakes company in the new season.

“We’ve got to win a couple of Saturday races first and then hopefully chase some black-type,” Thompson said.

“She’s got to get her rating up first.”

Best Stone was on the second line of early betting for Saturday’s race on Wednesday at $5.50 with Godolphin-owned filly Tailleur the $2.70 favourite.

Thompson also has Eugenio, winner of his past two starts, entered for Saturday’s TAB Live Vision Handicap (2400m) but a decision whether he runs is yet to be finalised.

Thompson said he would be nominated for a race at Grafton next Wednesday, which could be the better option.