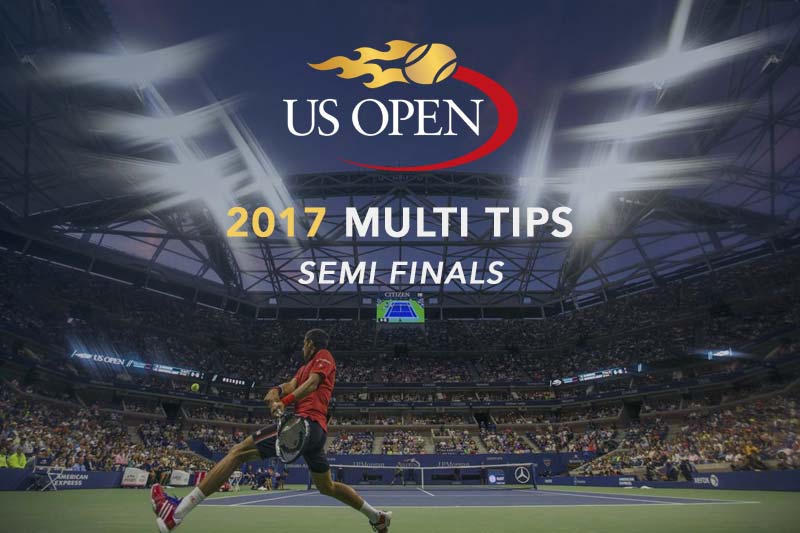 Roger Federer’s bid for a perfect treble in 2017 came to an end on Thursday when he crashed out of the US Open.

His conquerer was Juan Martin del Potro, who has serious priors at Flushing Meadows.

It was the Argentine bruiser who stunned Federer in the 2009 final after turfing out Rafael Nadal in the semis.

This time he will look to do it in reverse when he tackles Rafa next up.

"This is like my home court. You make me feel so happy every time I play here and I love your support."@delpotrojuan on the #USOpen crowd. pic.twitter.com/TFyD2rmZhP

The winner of that clash will go on to face either Kevin Anderson or Pablo Carreno Busta – the most unlikely of prospective finalists in a severely weakened draw.

Meanwhile, the usual slaughter of top seeds in the ladies’ section has morphed into a landmark moment in tennis history.

Triumph for the USA was assured when Madison Keys, Sloane Stephens, Coco Vandeweghe and Venus Williams all progressed to the last four.

They make the first all-American quartet in the US Open semis since Tracy Austin, Chris Evert, Martina Navratilova and Barbara Potter in 1981.

The achievement is all the more remarkable because not one of those ladies is Serena Williams, who is at home with her newborn child.

Only two can reach the final, however, and it is our job to figure out who.

Multi tips for 2017 US Open semi-finals:
(Matches from 12am AEST Friday)

Both these ladies had to work hard for their place in the last four, but their form is irrefutable. Fit-again Stephens is looking a million bucks after a lengthy layoff with injury, while Williams is aiming at her third grand slam final for the year. The younger of the pair saluted when these two met at the 2015 French Open, but we reckon Venus has enough in the legs to square the ledger.

It has become plain as day that Vandeweghe is no longer satisfied with making up the numbers. She made the semis at the Australian Open, the quarters at Wimbledon and now has a red-hot chance at a maiden major final. The problem is that Keys has beaten her twice already this year, including in the Cincinnati lead-up event. But this is rarified air for the younger lady, so we are taking the odds on Coco.

Respective rankings suggest it should be otherwise, but there is a good reason Anderson is so heavily favoured to win. These two met at the Canadian Open only a few weeks ago, and it was the lanky South African who triumphed on that occasion. Carreno Busta has enjoyed an absolute dream run at Flushing Meadows and is yet to drop a set, but all signs suggest that streak is about to end.