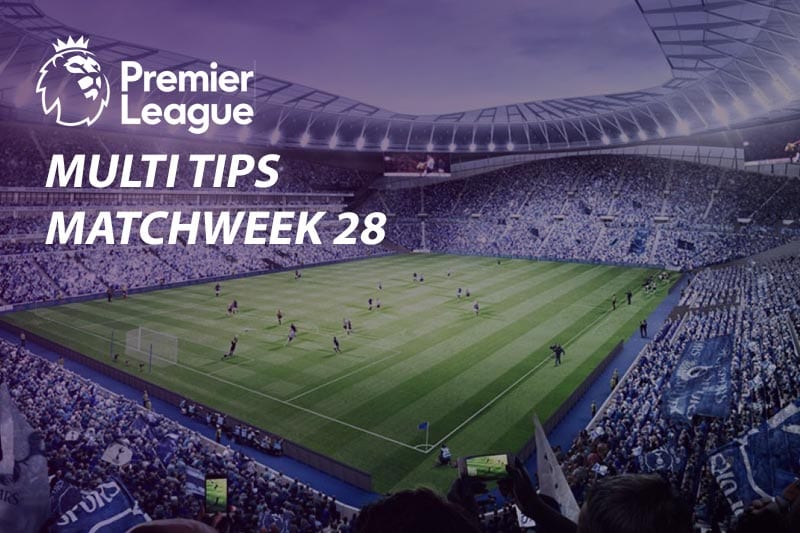 WILL the Manchester duopoly survive the season?

City and United have held the top two places for the majority of the English Premier League campaign to date, but that situation is looking a lot less permanent than it did two months ago.

Liverpool, Chelsea and Tottenham Hotspur have all moved within four points of second spot after Newcastle United’s upset win over the Red Devils two weeks ago.

That makes the outright betting very interesting when you remove Pep Guardiola’s premiers-elect from the market.

While United remain +110 favourites at Sportsbet.com.au to be the best of the rest, Liverpool have firmed into +125 on the back of six wins in eight games.

How will the big boys fare now they are in the midst of the European knockout rounds?

EPL Multi of the Week

With so many of the bottom half in direct competition, this is shaping up as a rotten round for tipsters. Hence, we are opting for a simple four-leg EPL multi that offers reasonable value for only a moderate level of risk.

Leicester have hit a wall since the end of January, and one cannot help but think it has an awful lot to do with the absence of want-away winger Riyad Mahrez. At least they are better off than Stoke, who will remain rooted in the bottom three if they don’t win this week. The Potters have conceded more goals (53) than any other team in the EPL, so Claude Puel and his charges should view this as an excellent opportunity to get back on track.

The defensive question marks remain, but everything else about Liverpool’s game is in mint condition. If anything, star forwards Roberto Firmino, Mo Salah and Sadio Mane have stepped it up a notch since Philippe Coutinho’s big move to Barcelona. West Ham scored a shock win at Anfield last season and have become much harder to beat over the last two months, but they should be no match for Jurgen Klopp’s Reds on this occasion.

An inability to score multiple goals is proving costly for Palace, who are only a point out of the relegation zone after four games without a win. At the other end of affairs, Tottenham have a golden opportunity to jump back into the top four and put the pressure on United and Chelsea. Spurs have won each of their last five EPL clashes with the Eagles and should extend that record at Selhurst Park this weekend.

Things are not quite right at the Theatre of Dreams. Romelu Lukaku is starved of scoring chances, Paul Pogba is sick of being tossed around the midfield and the fans are fed up with Jose Mourinho’s relentless pragmatism. Chelsea have played well over the last week, but the football world has not forgotten those horrible losses to Bournemouth and Watford. It won’t be pretty, but the Red Devils should edge it on their own patch.