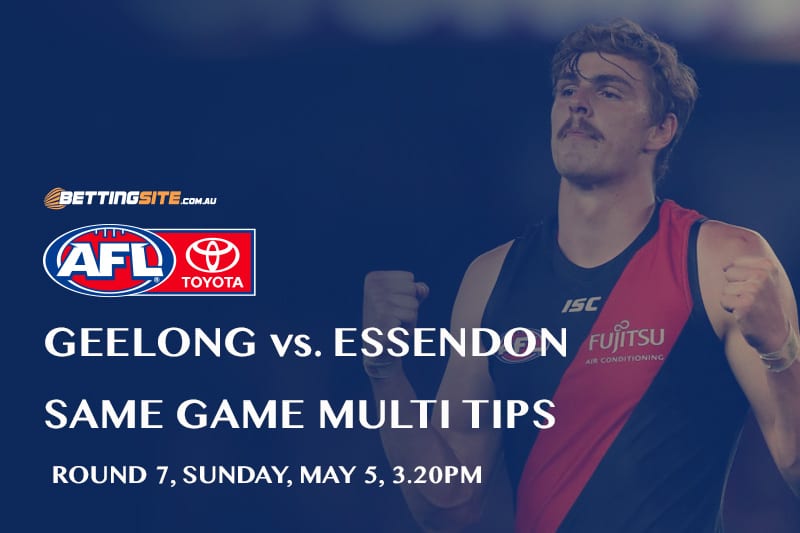 Is Geelong worthy of AFL flag favouritism in 2019?

The Geelong Cats and Essendon Bombers will help the AFL celebrate Australian farmers and country football in what should be a fascinating battle at the MCG this week.

Both teams have won three of their last four matches and are considered finals material.

The Bombers were unlucky to go down on ANZAC day against the Magpies after they fought back well, cutting a 30-point deficit to just four points before failing at the final hurdle.

The view is wonderful atop the AFL ladder of the Geelong Cats, who have been first on the ladder for the last two weeks.

In last year’s Country Game, the Bombers were victorious by six goals, but the make-up of both teams have changed since then and while Essendon’s midfield and forward line looks much-improved, the Cats too are getting the best out of its new recruits and an old legend, Gary Ablett Jr.

Orazio Fantasia comes back into the Dons’ forward half after missing last week, which will add to the already dynamic forward line that Essendon possess.

Geelong is not top of the ladder by chance. It has won matches against very good teams including Collingwood and West Coast, last year’s grand finalists.

The Bombers played well last week and have quickly turned around a poor start, but still look like a work in progress.

The big key forward for the Cats is having a very good season considering his age. Hawkins is seventh on the Coleman Medal tally and currently is paying $26.00 to win the medal.

For a player that may be in the final few seasons of his career, he still can grab a game by the horns and kick a bag.

Michael Hurley is an excellent defender, but may struggle with Hawkins bulk if they are isolated one-on-one.

After missing last week, Fantasia will want to get involved more than any other player, as he will be itching to make an impact. His finishing skills are among the best at Essendon.

The final two players have had good seasons so far and, as two country lads, will be keen to make a difference.

Dahlhaus has destroyed the Bombers in the past and Dyson Heppell has become a very good AFL Captain who leads by example. Dylan Shiel and Zach Merrett will be targeted by Geelong, leaving room for Heppell to dominate.