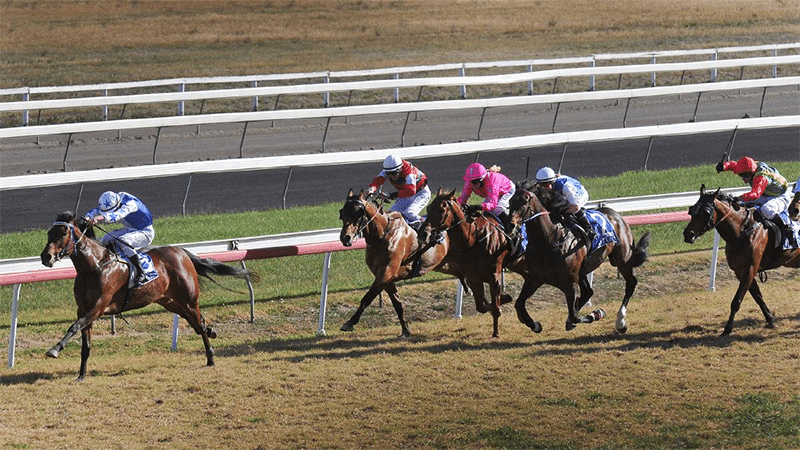 COUNTRY trainer James Berry is hoping his prized mare can return to its best form in the Walker Timber & Building Supplies R70 Handicap at Gosford on Thursday.

Michelle’s Gift won twice last preparation, but it has had to overcome numerous niggling injuries and a bout of colic since. The six-year-old finished fifth when fresh up at Grafton and Berry was pleased with the effort.

“It was a good run at Grafton. I was happy with her as she was first-up without a trial or a jump out and she made up good ground on them,” Berry said.

“The weight (60kg) probably stopped her a bit, but on her day I thought she would have normally won that race, no problem.”

Berry thinks Thursday’s race at Gosford is “winnable” on what should be a rain-affected track.

“Her work on Saturday was the best she’s done this preparation,” Berry said.

“I put an electronic GPS on her and it was the quickest she’s ever run.

“Her first trial was on a bottomless track at Muswellbrook and she ran good time and won it by eight lengths, so I’m pretty confident she’ll get through it. I’d be very disappointed if she ran outside the top three.”

Sportsbet.com.au has Michelle’s Gift at $10 for Thursday’s race and Berry has bigger aspirations for the mare.

“She’s city class and I want to get her up over 1400 metres this preparation, maybe even a mile,” Berry said.

“The Godolphin Tiara might be the way she goes in September. It would be nice to win a race like that on my home track.”

Barry Ratcliff has nominated his promising filly Beside You in both the San Domenico Stakes and the Highway Handicap at Rosehill on Saturday, but he will likely avoid running into Golden Slipper winner Capitalist.

The three-year-old is unbeaten from two starts and while it has plenty of potential, taking on the best youngsters in Australia might be a step too far according to Ratcliff.

“The Highway race is obviously 100 percent easier so I’d like to take her there,” he said. “Capitalist would probably be too good for her and there’s a few other handy horses too.

Ratcliff believes the filly could be the best he’s ever had, but it will need to learn how to leave the barriers better after missing the jump in two starts to date.

“She could be one of the best I’ve ever had. She’s just got a ton of toe. I’ve put her up against some of my top performed horses at home and she just blows them away,” Ratcliff said.

“The only issue with her is that she’s a bit tardy out of the gates and gives them a couple of lengths start.

“It was a very good win last start and she showed how tough she is. The rail was out and she had to go really wide against horses that were seven lengths in front on the turn.”

Ratcliff was another country trainer which applauded the increase in prizemoney for all Highway Handicap races.

“It was a brilliant decision,” Ratcliff said. “You don’t have to go to a big country cups for good prizemoney now. It’s been terrific and country horses are coming from everywhere to race.”

Beside You has drawn barrier 14 and will carry 53kg with jockey Serj Lisnyy in the saddle.