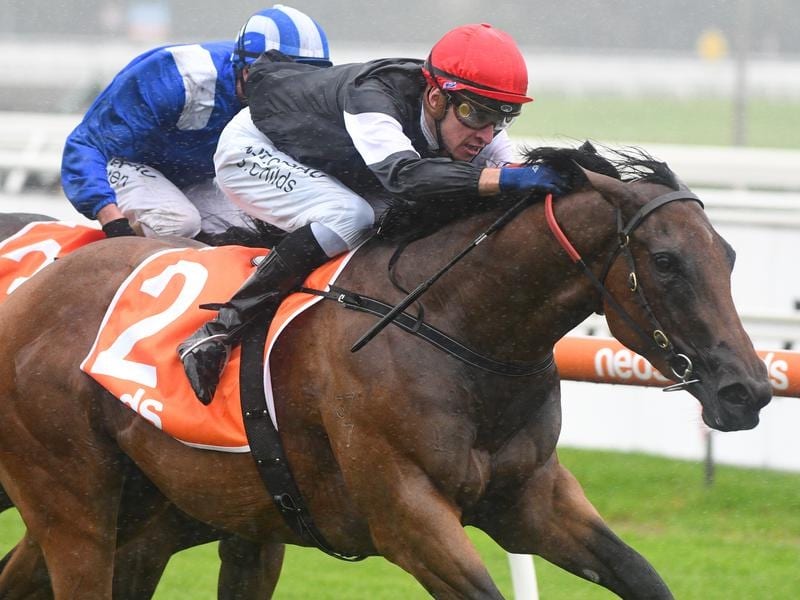 Mildred will be an acceptor in the Listed Talindert Stakes (1100m) at Flemington as Begg and his father Neville, the filly’s owner, weigh up whether to run her on Saturday or wait a week for the Group One Blue Diamond Stakes (1200m) at Caulfield.

Adding to Begg’s dilemma is Ciaron Maher and David Eustace’s decision to switch Magic Millions winner Away Game from Sydney to contest the Blue Diamond with Jye McNeil to ride.

Begg says Mildred will run either this weekend, or next, but not both.

“We’ve got a few decisions to make in the next few days whether we run in the Talindert or keep her for the Blue Diamond,” Begg said.

“She’s been entered for the Talindert and we’ll look at what she is coming up against, but we’ll probably accept and make a decision later in the week.”

Begg said the Anthony Freedman-trained Hanseatic looked impressive winning the colts and geldings Blue Diamond Prelude on Saturday but was surprised to learn Letzbeglam had run faster in the fillies division.

The trainer also has the Sydney carnival in mind for Mildred and the possibility of a wet carnival is no deterrent.

“Neville’s sitting at home watching all the two-year-old races and keeping a pretty close eye on everything,” Begg said.

“We want to weigh it all up, assess everything and between Neville and myself we’ll make a decision as two heads are better than one.”

Hall of Fame trainer Neville Begg owned and bred the 2018 Blue Diamond winner Written By trained by his son.

Among Neville Begg’s best horses was Emancipation whose stable name was Mildred.

Saturday’s Talindert Stakes has attracted 29 nominations with a spot in the Blue Diamond Stakes on offer for the winner.