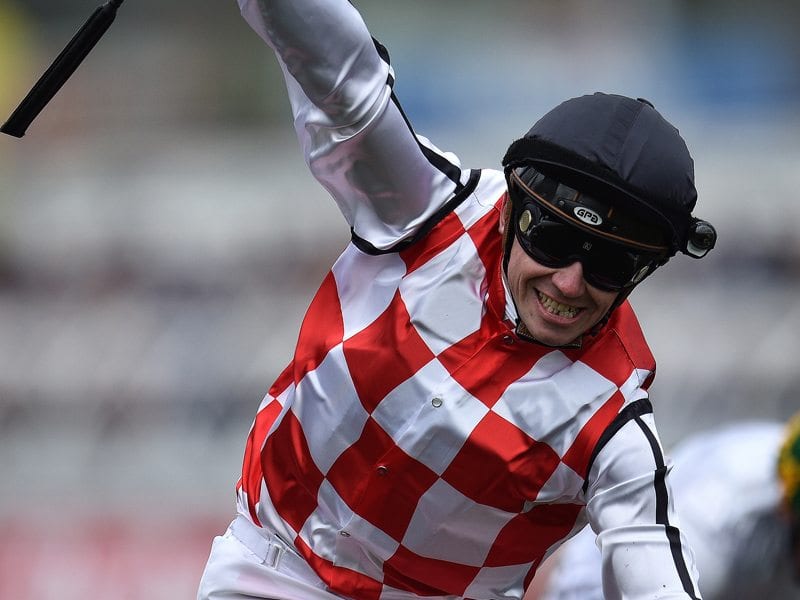 Stephen Baster is out to improve on his stakes race success with a good book of rides at Sandown.

Stephen Baster will be out to improve on his stakes race success over the spring carnival with a good book of rides at Sandown.

Since the racing season began in August, Baster has ridden eight winners of which four have come in stakes races.

The biggest came last week with victory on Awesome Rock in the Group One Emirates Stakes at Flemington.

At Sandown on Saturday Baster has five stakes-race rides for a variety of trainers, including Godolphin’s Secret Number in the day’s feature, the Group Two Zipping Classic (2400m).

Baster rode Secret Number in the Melbourne Cup and set a solid tempo, but the horse was beaten a long way out and finished 21st behind Almandin.

But Baster is expecting improvement from the Saeed bin Suroor-trained stayer on Saturday.

“I don’t think he got the two miles,” Baster said.

“I also think the track was a little bit too firm underneath for him.”

Godolphin will also be represented by the bin Suroor-trained Beautiful Romance who finished seventh in the Melbourne Cup.

Baster said he had not been in contact with the stable since he rode Secret Number in the Cup but planned to touch base with the trainer on Friday night.

The jockey has hopes the Sandown track won’t be as firm as Flemington.

The Sandown Hillside track, the venue for Saturday’s meeting, hasn’t been raced on since August and track manager Tim Bailey says the surface has not looked in better condition since undergoing a rebuild three years ago.

Bailey applied 5mm of irrigation on Friday morning with the weather forecast for anywhere between 2mm and 20mm from midnight.

The Michael Bell-trained Big Orange is the third international horse in Saturday’s weight-for-age contest with the three out to join (2011) and Au Revoir (2014) as previous international winners.

The Chris Waller-trained stayer was the $3 favourite on Friday ahead of So Si Bon at $4.80 with Big Orange and Almoonqith at $5.

Secret Number was rated a $6 chance.