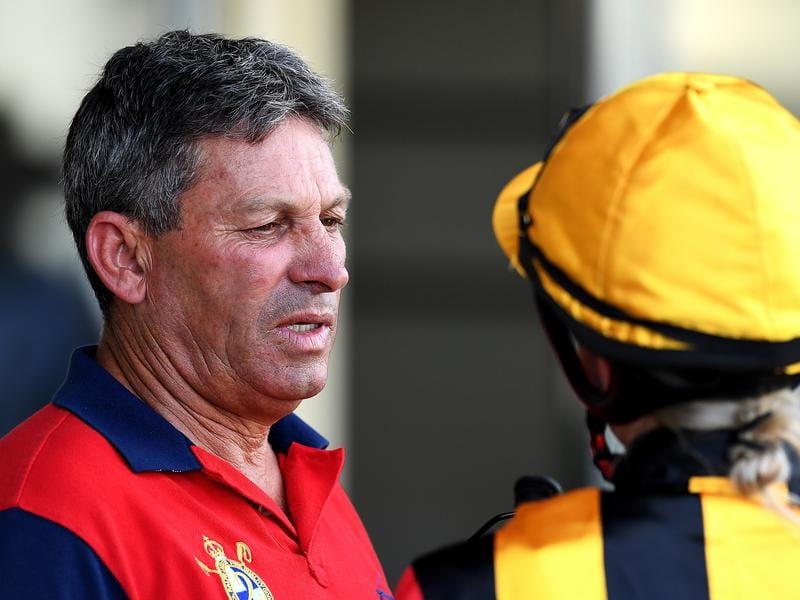 Trainer Tony Sears believes barrier one is an advantage for Tycoon Ace in the Bribie Hcp at Doomben.

Toowoomba gelding Tycoon Ace has again drawn barrier one which trainer Tony Sears believes is the key to him upsetting the speed horses in the Listed Bribie Handicap at Doomben.

At his last start Tycoon Ace drew the inside and was able to sit behind the pace before finishing strongly to win the Swiss Ace Plate (1000m) at the Sunshine Coast.

The Queensland feature 1000m races have been the most openly contested this year and it will be the same in Saturday’s Bribie Handicap.

Tycoon Ace is often the forgotten horse in stakes races in Queensland despite his overall record of 11 wins from 35 starts.

“The experts always seem to tip something else but he is always thereabouts,” Sears said.

“A thousand metres is probably short of his best distance but from barrier one he should get his best chance again.”

Tycoon Ace has shown he is up to top company with close seconds in the Weetwood Handicap and Queensland Lightning in the winter.

The gelding is not eligible for the Magic Millions series but Sears is keeping an eye on the Gold Coast carnival.

Sears trains in partnership with his daughter Maddy and is hoping they can have a Magic Millions 2YO Classic runner in her first season.

The partnership has two-year-olds Spirit One and Dark Son who are currently among the top qualifiers for the $2 million Magic Millons 2YO Classic.

“Spirit One is unlikely to run in the Millions and she will probably be aimed at the The Jewel in March,” Sears said.

“We’ll give Dark Son his chance to get into the Millions field.”