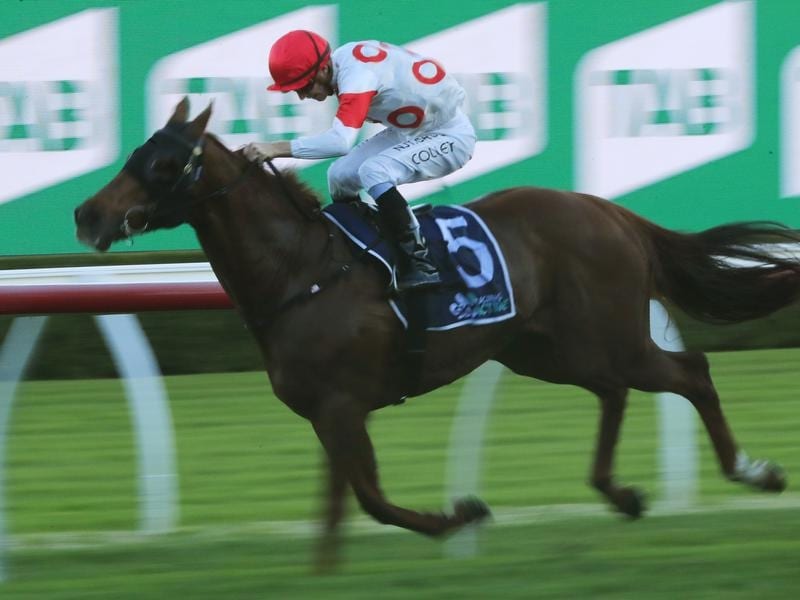 Ballet Master was a dual acceptor at both Flemington and Randwick on Saturday, with connections of the Chris Hyland-trained six-year-old making the right call the send him north to Sydney for the 1400m benchmark race.

Collett positioned Ballet Master ($21) just in behind the speed and stayed close to the inside throughout on the heavy going, saving ground around the home turn.

Berry, aiming for his fifth win of the afternoon, loomed strongly on equal favourite Bandersnatch ($4.20) to hit the front at the 200m but Ballet Master kept rallying along the inside to beat him by a half neck

The victory was the second from the past three starts for Ballet Master who scored on soft ground at Sandown last month.

“He had a really soft run behind the speed,” Collett said.

“Nash peeled off on the leader on the bend there so he tracked up really well.

“It was just a tough effort really because I asked late and he kept finding.”

The victory brought up a double for Collett who had earlier won on the Kris Lees-trained mare Stella Sea Sun.