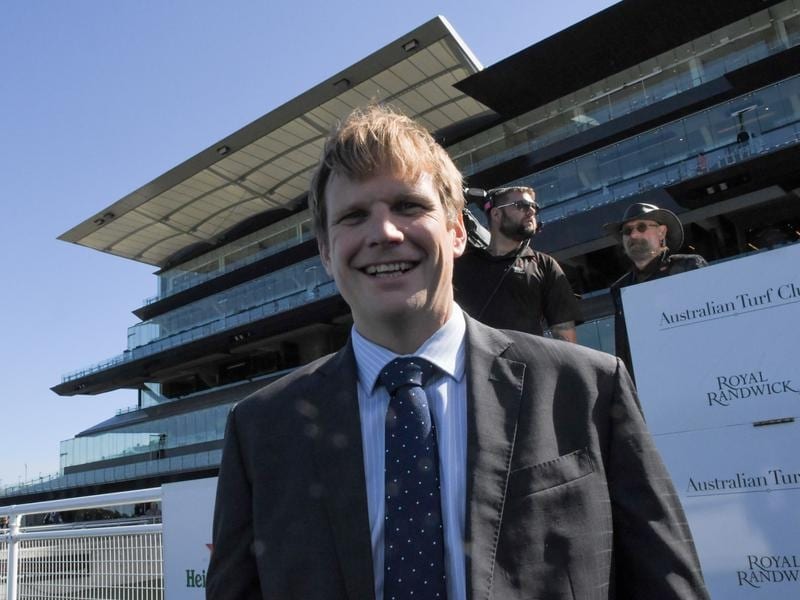 Trainer Bjorn Baker has two chances in the Furious Stakes but doesn’t expect them to beat Libertini.

Despite weight of numbers favouring him in the Furious Stakes, trainer Bjorn Baker is not expecting to come home from Randwick with first prize.

The stable’s two fillies, Let It Pour and Bright Rubick, have the unenviable task of coming up against the Anthony Cummings-trained Libertini, a stunning first-up winner of the Silver Shadow Stakes and a prohibitive $1.18 favourite to repeat the dose on Saturday.

Let It Pour finished in Libertini’s wake and Baker is not realistically expecting her to turn the tables over the same track and distance in the Furious.

“It will be very hard but she’s well and she’s very genuine,” Baker said.

“She’s drawn well and she’ll get a good run. We’ll probably try to get on Libertini’s back and see what happens.”

Let It Pour is still a maiden after three starts but they have all been in stakes company and she is yet to miss a place.

With Libertini strangling betting, Villami is the only other filly at single figures as a $7 chance with Let It Pour and New Zealander Probabeel next best at $13.

Bright Rubick resumes in the Furious after a brace of runs as a two-year-old, her best effort a debut second to subsequent Group Three winner Bellevue Hill.

She is eligible for easier races but has been impressive enough at home to earn a spot at Randwick.

“Her trackwork has been really good. It’s a big ask but she’s not out of it,” Baker said.

The Furious Stakes is the second leg of the four-race Princess Series which culminates in the Group One Flight Stakes in October.

A win by Libertini will move her a step closer to becoming the first filly to claim a Series clean sweep since Samantha Miss in 2008.