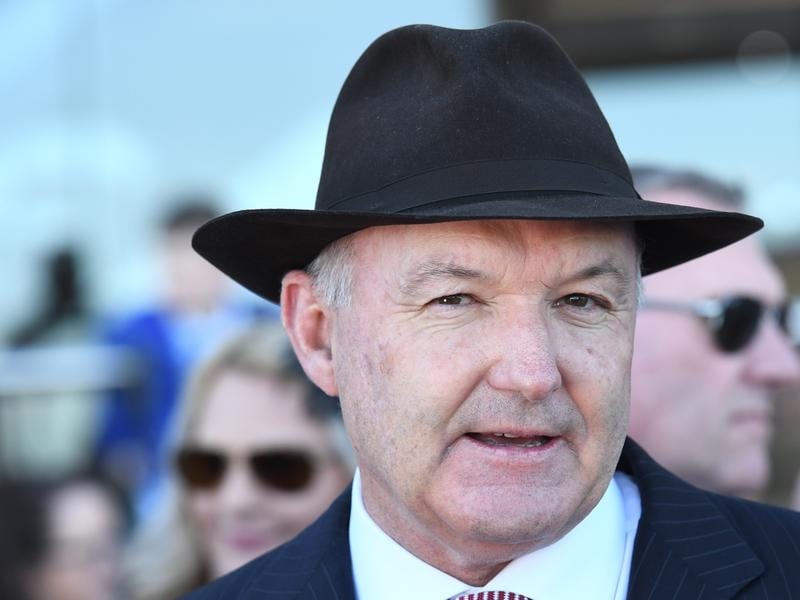 Trainer David Hayes will bypass The Valley meeting to watch his son Will play in an AFL final.

Lindsay Park has a large team heading to The Valley for Feehan Stakes day but senior trainer David Hayes’ focus will be on a different sport in Sydney.

David Hayes will leave the horses to eldest son Ben and nephew Tom Dabernig while concentrating on the football action, although his phone will be fully charged and tuned to vision of the stable’s runners.

It was Hayes who convinced Will to live out his football dream after his own career was cut short.

Hayes played for Central Districts, also the Bulldogs, in the South Australian league, and was convinced by his father, Hall of Fame trainer Colin Hayes, to abandon his career to follow the horses.

“Dad only saw me play once, at Adelaide Oval, and said I was provincial class and retired me,” Hayes said.

Hayes has since gone on to enjoy a glittering training career in Australia and Hong Kong and saw something in Will to convince him to live out his dream.

Will was a late pick in last season’s draft by the Western Bulldogs after a successful season in the VFL side.

“I encouraged him to hang in there,” Hayes said.

“I’d watched him a lot and I thought he had what it takes. He’s worked hard as it was his dream to play in the AFL.

“To get on the list was a dream, to play his first game was a dream and to play in a final, it’s capping off a great year.

“It’s his first final so I’ve got to be there for it.”

Lindsay Park has 13 runners engaged at The Valley on Saturday, including four in the afternoon’s feature, the Group Two Feehan Stakes while Hayes is expecting an improved run from Taraayef in the Listed Atlantic Jewel Stakes.

A winner at The Valley on August 3, Taraayef finished a last-start eighth to Sassy Salitage on August 24.

“That was trainer error,” Hayes said.

“I wanted her ridden quietly from the wide gate but she wanted to go forward and got caught wide and the leader’s won.

“I’d forget she went around. We’ll let her run in her normal pattern and I’m sure we’ll see a different filly.”