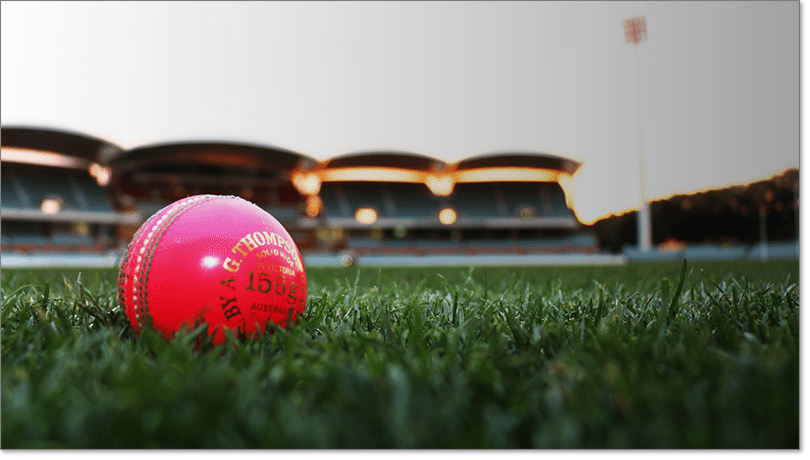 After a comprehensive win in the first test and a dour draw in the second test at the WACA, the action moves to Adelaide for the third and final test at the Adelaide Oval.

The Aussies and the Black Caps will be fighting out the third test in South Australia, which still has two possible outcomes – a win to Australia or an overall draw – in the three test series.

The third test also marks a point in history given this is the first five day contest in international cricket to be played as a day/night match.

Australian paceman Mitchell Starc, who has experience with the pink ball at domestic level is not sure the ball is the best option for the day/night tests.

“It definitely reacts very, very differently to the red ball.

“I can understand why it’s happening … but I guess time will tell to see whether it works or not.

“Ask me again after it’s been played and we’ll see what the reaction is then.”

On what was typically a ‘result friendly’ pitch, the test between the Australians and New Zealand at the WACA ended in a tame draw.

Two huge scores from Australian vice-captain Dave Warner and Ross Taylor ensured the third test will be a live match, with the Black Caps capable of snatching a drawn result in the series with a win at Adelaide.

Ross Taylor broke the record for a visiting batsman in Australia en route to ensuring the third test remains an interesting encounter.

The typically unassuming Taylor downplayed his Perth heroics, saying the prospect of another Aussie assault kept the former captain on his toes.

“We were so far behind the game that the motivation to get close to their score was always in the back of your mind, and we’ve fielded a lot on this trip and I didn’t really want to field that day either.” Taylor said.

“It was a pretty easy decision to try and stay out there. It was always a goal of mine to bat a day in a Test match, I’d never batted a day in any form of cricket, so to bat a whole day in that heat and against that bowling line-up was satisfying.”

The match also marked the end of the glittering career of Aussie quick Mitchell Johnson, who retired at the conclusion of the WACA test.

There are question marks over the availability of Dave Warner after getting hit in the arm in the nets, but after being clear of a broken arm in the aftermath, he Aussie vice-captain is expected to take to the field in Adelaide.

A look to the third test at Adelaide Oval

After the retirement of Mitchell Johnson and the injury to Usman Khawaja, the door is open for two new Aussies to make their mark at Adelaide Oval.

One of those men who is set to return to the fold is Victorian Peter Siddle, who missed the opening two test matches in the series.

Siddle, who also missed the majority of the Ashes series in England before starring in the fifth and final test with several key wickets.

The 30-year old believes he has the formula to end the dominance of New Zealand batsman Kane Williamson.

“I’ve had some good success against him in the past,” Siddle said of Williamson.

“I have troubled him, and had some good battles with him.

“It’s a credit to him; he’s been a class player these past 12-18 months and he has been a handful this series. It’s going to be the big aim here, to try and stop him.”

The much discussed pink ball also debuts at Adelaide Oval.

Siddle believes the experience that he and the other Aussie quicks have with the new ball at the domestic level holds them in great stead to do damage against the All Blacks.

“The best example we’ve got is that Shield game between New South Wales and South Australia,” Siddle said.

“(Mitchell) Starc and Josh (Hazlewood) got a little bit of seam movement off the deck and a little bit through the air.

“It reacts pretty similarly to a white ball, sometimes not a lot of swing.

“Both teams will learn a lot throughout this match that we’ll take into the second innings.”

When: 27th of November

Where to watch: Channel 9

Who will win and why:

The third and final test between Australia and New Zealand is set to be a ‘live’ test, with the 1-0 series scoreline favouring the Aussies, but still leaving the door open for a series draw.

This is the first ever day/night test match played at international level.

Former New Zealand skipper Ross Taylor – who broke the record for the largest score by a visiting batsman with his incredible 290 – is second favourite with Sportsbet to replicate his heroics and top New Zeland’s first innings run tally at $4.33.

The fifth ranked test batsman in the world Kane Williamson is favourite to be the Black Caps’ leading scorer in the first innings at $2.88.

The pink ball will also debut at international level.

Aussie quick Mitchell Starc has the most experience of any of the bowlers with the new ball and will benefit greatly from the knowledge he has with the unique ball.

As such, Mitchell Starc’s odds of $8.00 to be man-of-the-match at Adelaide Oval looks like an astute bet given his skill level and know-how with the pink ball.

After a disappearing showing at the WACA with the ball, the Aussies should bounce back and defeat the Black Caps, with a pitch better suited to taking wickets slated for Adelaide Oval.