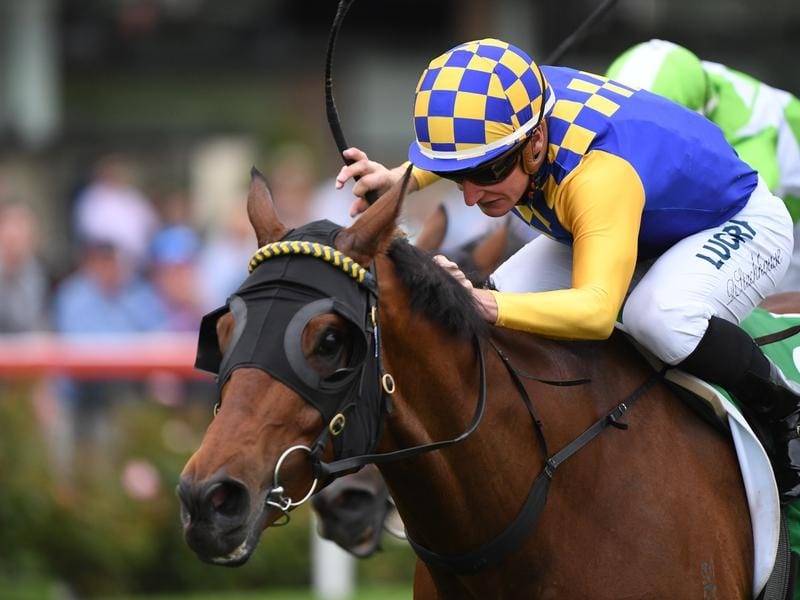 The Dan McCarthy-trained Ashlor returns to his favourite track for the Carlyon Stks at The Valley.

Trainer Dan McCarthy can see a similar scenario for sprinter Ashlor in the Carlyon Stakes as in the gelding’s previous two trips to The Valley.

Ashlor came away with victories after stalking the speed and McCarthy is confident he has the gelding in top order ahead of his first-up run over 1000 metres on Saturday.

“Each of those times there was an obvious leader in the race and it looks very similar again,” McCarthy said.

“In those races we looked to be the horse getting the nice sit second and I think we’ll be in the same spot again on Saturday.

“He’s going to be in a winning position and he does love The Valley.

“I’m confident he’ll run well, whether he wins or not, that’s another thing.”

The $2.40 favourite Assertive Approach has led in his four starts to date and was run down at Flemington on August 10.

Ashlor, a $10 chance, has not raced since finishing fourth to Iconoclasm in the VOBIS Gold Sprint at Caulfield in April and McCarthy says the gelding has had a good build-up for his return.

He says Ashlor goes into Saturday’s race with one jump-out under his belt, one less than normal.

McCarthy plans to keep Ashlor to The Valley for the early part of his campaign, returning on September 7 for the McEwen Stakes and if his form warrants it, a crack at the Moir Stakes on September 27.

“His Valley form at the moment is impeccable and if he can continue to race well then those races are races that look like he should be going around in,” McCarthy said.

“The Valley racing sets up well for him all the way through to Cox Plate day and then all being well, if there’s any petrol in the tank, we’ll look at Perth again.”

After winning over 955m at The Valley on Cox Plate day last year, Ashlor went to Perth for the Group One Winterbottom Stakes, finishing sixth behind Voodoo Lad.

McCarthy said with a better run Ashlor would have gone close to winning.

“We think if he’s to be a genuine chance in a Group One it’s probably over in Perth,” McCarthy said.

“He shaped as the winner, but that was off a hot speed and he just couldn’t maintain it.”