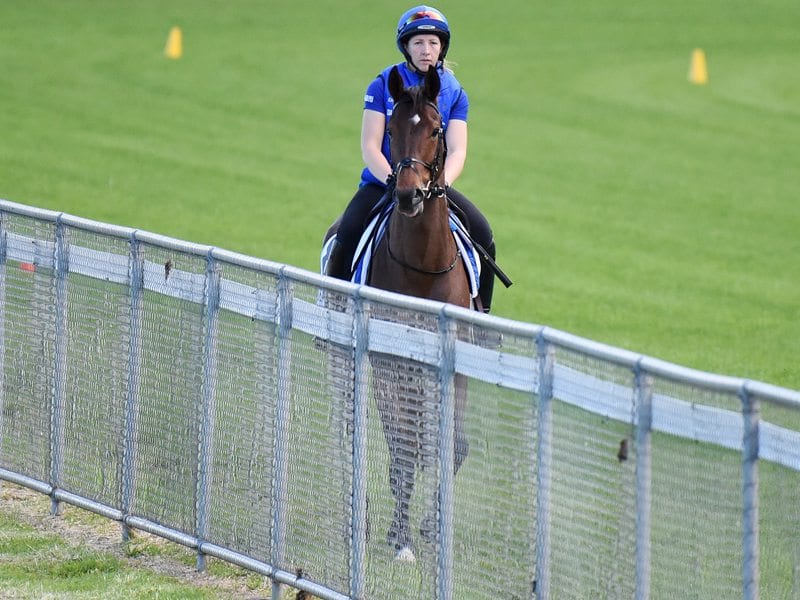 Charlie Appleby has been delighted with how his runners have performed during the spring carnival.

A Geelong Cup, a Bendigo Cup and a Lexus Stakes are already in the bag for English trainer Charlie Appleby in his first foray into Australian racing.

Now he will try to claim Australia’s biggest race at Flemington on Tuesday when he saddles up two runners in the Melbourne Cup.

Appleby’s runners in Victoria this spring have already done the Godolphin trainer proud and he has Qewy and Oceanographer in the Cup.

Appleby sent five horses to Australia for the spring carnival and said so far things had gone “fantastically well”.

Scottish was billed as the stable’s main carnival player and he ran second in the $3 million Caulfield Cup and will run again in Saturday’s $2 million Emirates Stakes (2000m).

Qewy won the Geelong Cup (2400m) with Oceanographer third. Francis Of Assisi won the Bendigo Cup, while Second Wave was unplaced in the Moonee Valley Cup.

Oceanographer secured his place in the Melbourne Cup with a barnstorming Lexus Stakes win on Saturday.

Appleby was pleased with how Oceanographer came through the race but also admitted he was heading into the unknown by running him in the Melbourne Cup three days later, his third start in 13 days.

“From my point of view it’s something we’ve not done. All I can tell you is the horse is thriving on it,” Appleby said.

“He came out of Geelong well, he eats well, and he’s got a good mind. And what we’ve seen this morning, there’s no negatives. He’s eaten up. He’s had a jog around the track. I can’t give a negative.

“It’s a concern. We’ve just never done it before, so we really are going into an unknown with him.”

Oceanographer’s Lexus win elevated him to second favourite at $6.50 while Qewy is at $21.

“People said yesterday’s performance was obviously exciting and historically it’s been a race that can throw up a horse that can run very well in the Melbourne Cup,” Appleby said.

“Personally I love Qewy. He’s a horse who’s got a great profile.

“He ran very well back in two festival races at Ascot and at Goodwood and what he did at Geelong, I know it was a front-running performance and people will say that’s what he should be doing, but that was a mile and a half and on Tuesday it sounds as though it’s going to be a genuinely run two miles.

“That’s going to suit him down to the ground.

“But again you just can’t knock what Oceanographer’s doing at the moment.”

“Qewy we know is an out-and-out stayer but I felt what he did in the Geelong Cup was impressive for a horse we bought back in trip,” he said.

He said Oceanographer was a horse who needed to be ridden colder and liked to come charging home as he did on Saturday.

“He’s stepping up in trip again which I don’t see that being any problem, but he’s doing the three-day back-up which I can’t tell you how that’s going to pan out,” Appleby said.