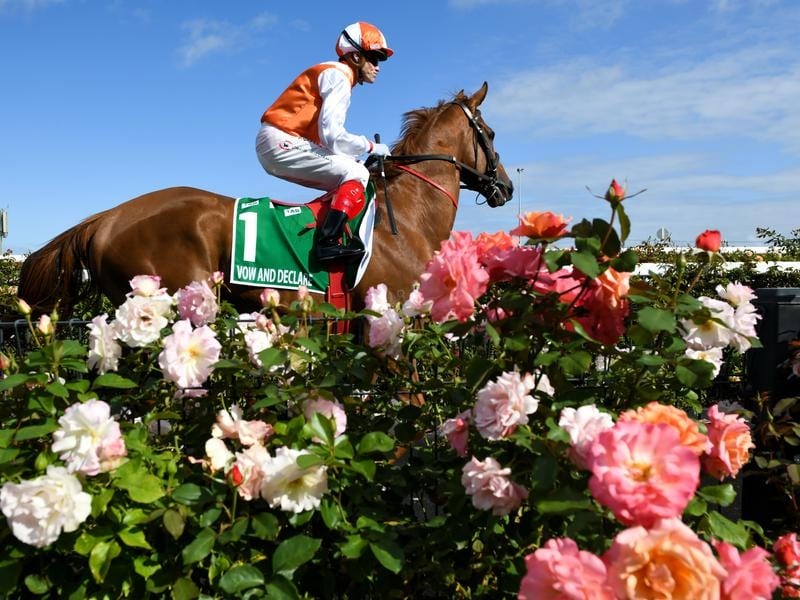 Trainer Danny O’Brien has revised Vow And Declare’s program and he could run in the Andrew Ramsden.

Vow And Declare is back in Melbourne at Danny O’Brien’s Flemington stable after a change to his racing program because of COVID-19.

The Melbourne Cup winner was unplaced in Saturday’s Queen Elizabeth Stakes at Randwick and is now being aimed towards the Andrew Ramsden Stakes (2800m) at Flemington next month.

O’Brien was planning to send Vow And Declare to Brisbane for a series of races leading to his title defence of the Melbourne Cup, including the Doomben Cup, the Q22 at Eagle Farm and Tatts Cup, a race he won last year.

But with the majority of the Brisbane winter carnival cancelled and travel restrictions in place, O’Brien is looking at home options.

In not so good news for those looking to secure a spot in the Melbourne Cup by winning the Andrew Ramsden, O’Brien is looking at that race with Vow And Declare.

The winner of the Andrew Ramsden on May 16 is guaranteed a berth in November’s Melbourne Cup at Flemington.

“Queensland doesn’t appear feasible for the races we were going up there for,” O’Brien told RSN927.

“With the Andrew Ramsden being on his home track, 2800 (metres) at Flemington on a beautiful surface in the middle of May, it gives us the opportunity to give him a run and run him in a really suitable race over the right distance range.”

Vow And Declare finished ninth behind English horse Addeybb in Saturday’s Queen Elizabeth and O’Brien said the stayer was too fresh under Glen Boss.

But O’Brien said Vow And Declare had come through the run well.

“Plan A was we were midfield or beyond midfield and working into the race,” O’Brien said.

“But Glen said he was very fresh on the day and flew the lids and unfortunately got in that spot he did right on the lead which left him exposed.

“I think it’s a forgive-and-forget run.”