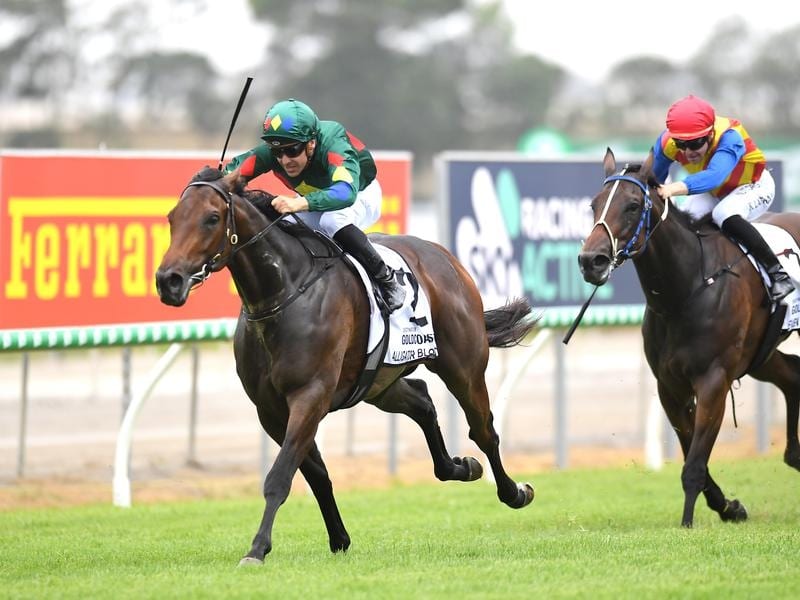 A second sample has confirmed the prohibited substance altrenogest in the swab taken from Alligator Blood after he won the Magic Millions 3YO Guineas at the Gold Coast.

Trainer David Vandyke will now face a stewards’ inquiry at a date to be set.

If he is found guilty of presenting horse to race with a prohibited substance it is likely he would face a fine but Alligator Blood would be disqualified from first place in the January 11 race and the $1.1 million first prize would be forfeited.

Alligator Blood has since won two races in Melbourne including the Group One Australian Guineas.

The swabs from those races have been cleared clear and prize money has been paid.

Vandyke says he has been informed the B sample taken from Alligator Blood had come back positive and he now faced an inquiry.

“This presents a challenging time. Since moving to Queensland in May 2016 this is the first irregularity that I have had in this state,” Vandyke said.

“It is my hope that the inquiry will shed light on how altrenogest entered Alligator Blood’s system and help prevent any similar incident occurring in racing again.”

The Queensland Racing Integrity Commission sent the B sample from the Magic Millions for testing after an analysis of the A sample last month showed an irregularity to altrenogest which is illegal in male horses.

Commonly marketed as Regumate, altrenogest is used in mares to regulate their cycles but is among substances prohibited on race day.

The irregularity was confirmed on Tuesday by an interstate laboratory.

Stewards have offered Vandyke the opportunity to give his submissions in writing or at a steward’s inquiry to be held via telephone or video conference because of the COVID-19 pandemic.