Kicking goals is the most important aspect of Australian Rules football, yet putting the ball through the middle is still a hard take for most professional teams.

Only one team had a goal accuracy above 50% in 2020, as the Hawthorn Hawks led the competition in front of the big sticks with sharpshooters like Luke Breust and Jack Gunston.

With behinds being such a prominent feature of the game, Sportsbet.com.au has quickly put together a market for the AFL 2021 most season behinds.

The most important feature of the market is that it includes the finals, favouring the teams who finish inside the top eight and advance beyond the home-and-away season.

We have hand-picked the four likeliest teams to kick the most behinds in 2021, where we have analysed their forwards, goal kicking accuracy and forward 50 opportunity. The reigning champs and short-priced favourites to go back-to-back, the Brisbane Lions are the best choice in the competition this season.

All the 2020 statistics point in the right direction, as the Lions finished with the third-highest inside 50s, highest behinds average and total, the second-worst goal accuracy and the second-best marks inside 50 average.
These statistics imply they will have ample opportunities to create opportunities, where their forwards have been well-below par when it comes to converting.

New big-name recruit Joe Daniher brings a huge presence to the Brisbane forward line, but he is known for putting through his share of minor scores.

Since the Lions should go deep into the 2021 finals, they tick all the boxes. They are our first choice to kick the most behinds in the upcoming season.
SEE ALSO: BEST BOOKMAKERS FOR AFL BETTING 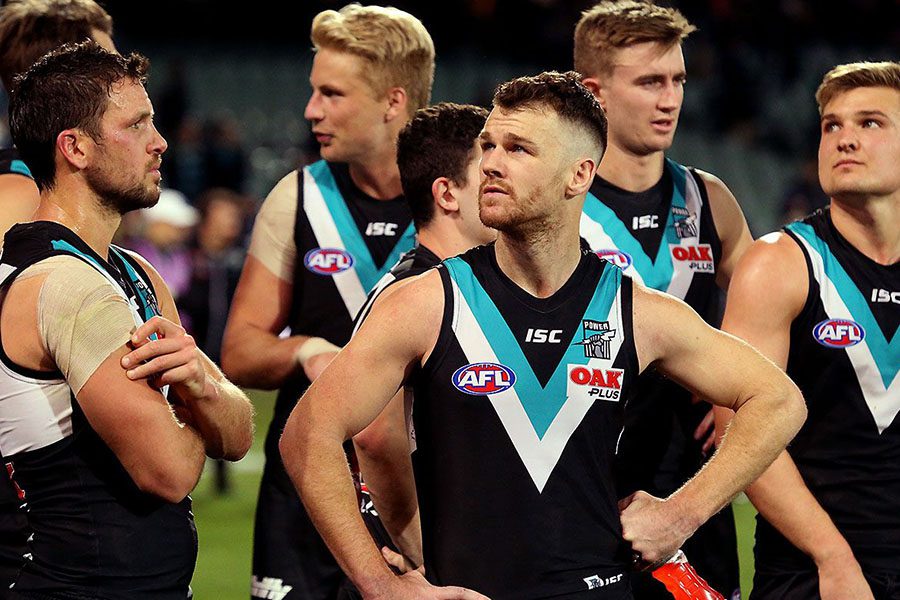 Port Adelaide has its worries going forward, as Charlie Dixon and many other Power forwards have proven to be inaccurate in front of the goals, which could repeat itself in 2021.

With the second-highest behinds average in 2020, the squad found themselves kicking more behinds than goals in the majority of their games last season.

Their strong midfield has always provided more than enough chances inside 50, and since they will make another push for the flag in 2021, the extra finals games will be crucial.

Mitch Georgiades and Todd Marshall will play more games this season, two accurate young forwards who should straight up the Powers woes in front of goal slightly, but they will still be a good choice. The Cats were easily the highest scoring side in the league last season, putting 18 more goals through than the next best team, then another 15 more than the next in line.

This extremely high scoreboard output puts them in the running at all times, as even a small decline in accuracy would result in far more goals.

Recruiting 2019 Coleman-Medallist Jeremy Cameron could be the biggest move from the last trade period, but Cameron is a very accurate forward, who should thrive alongside 2020 Coleman-medallist Tom Hawkins.

The Cats will be fine going forward in 2021, which is why we do not think they will pressure Brisbane or Port Adelaide, but will still be around the mark.

A pair of big recruits could be enough to push the Blues back into the finals race, while their goal kicking from 2020 will ensure they are a chance to slot the most behinds.

The Blues have obviously improved their midfield with the inclusion of Sam Walsh, who alongside his captain Patrick Cripps, will help build their inside 50 count.

Carlton kicked the seventh most average behinds per game, which will rise with more chances, as its accuracy was dismal last season.

If the Blues stay healthy and look likely to make the finals, they will be a genuine smokey within this market.