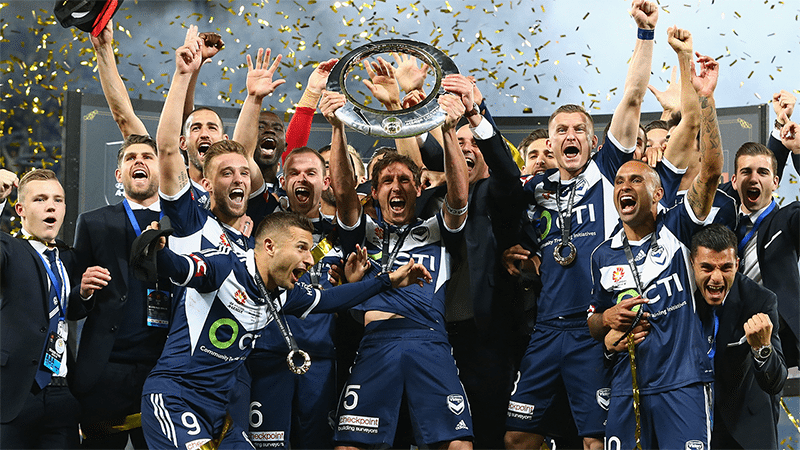 AFTER one of the most entertaining A-League seasons in the history of the competition, the finals are upon us, with all six remaining teams having legitimate claims to the title.

Adelaide United and the Western Sydney Wanderers will be keen onlookers this weekend. The top two teams on the ladder have earned the right to sit out the elimination final process.

As you would expect at this time of the season there are plenty of headlines for the remaining teams competing across elimination final weekend, so let’s take a look at the two games and the news that matters heading into the pivotal clashes.

The Brisbane Roar will have to become the first team in A-League history to win the title from outside the top-two after their disappointing scoreless draw against the undermanned Melbourne Victory last week.

The Roar could have secured the Premier’s Plate, along with a week off with a win against the Berisha-less Victory, but instead have to face the same side again in an elimination final after finishing in third position.

The evenness of the competition – which allowed Brisbane to fall out of the top-two despite taking a point from the Victory – will play in the Roar’s favour according to Matt McKay.

McKay has done it all before with the Roar, winning multiple A-League titles in the last five years and believes this may be the year that a winner comes from a team outside the top-two.

“There is a genuine chance of doing that this season, so tight has the competition been… but first we’ve got to get past the Victory,” McKay said.

McKay also shrugged off concerns that the missed opportunity to snatch the Premier’s Plate will play on the minds of the Roar personnel.

“We’ve got the team that can forget about that and move on pretty quickly.”

THE availability of Victory striker Besart Berisha is the key factor for Melbourne heading into Friday’s elimination final, with an appeal on his two-match ban likely to be heard on Tuesday night.

Berisha was dealt a two-game ban in his side’s win over the Phoenix a fortnight ago, with the volatile front man being shown a straight red after kicking out at Wellington defender Andrew Durante.

The 30-year-old served the mandatory one-match ban on the weekend, missing the final round clash against the Roar, but his side is appealing the second match suspension – which was originally brought about over the violent conduct charge he was dealt with after the match.

The decision is at the discretion of the A-League’s match review panel; who are expected to convene on Tuesday night.

If Berisha’s suspension is overturned expect the Victory’s premiership odds be sliced, with the $13.00 currently on offer from Sportsbet.com.au indicative of the importance the Albanian striker’s availability to the reigning champions.

Melbourne City could be without one of their best players for their first final after Harry Novillo was issued with a show cause notice by the league after a half-time scuffle in his side’s loss to the Reds on Friday night.

The league met on Monday to discuss the half time incident where focus was on the alleged Novillo incident where the Frenchman was purported to kick out at Reds’ midfielder Marcelo Carrusca in the tunnel at the main interval.

A decision should be made by the league’s Match Review Panel on Tuesday evening as to whether Novillo will be charged with violent conduct, with the submissions from the French star also to be taken into account.

Melbourne City are now on the fourth line of betting at $9.00 with Sportsbet.com.au to win the title after being as short as $2.75 at times throughout the season.

A confirmed loss of Novillo could see City balloon out to double figure odds.

Key duo set to return to boost the Glory’s chances

THE Perth Glory are set to welcome back key players Diego Castro and Chris Harold after the pair were left out of their side’s 4-0 defeat at the hands of Sydney FC due to injury.

The Glory, who were blown off the park by a Sydney FC outfit with nothing to play for – were bereft of ideas on field without Castro and Harold; both of whom missed through hamstring injuries.

Glory coach Kenny Lowe was reluctant to take any chances with two of his most important players, even with the prospect of a home final on the cards.

Lowe is optimistic that both players will be fit for Sunday’s match.

“We hope so (Castro and Harold are fit), they’re wanting to play finals and we want them to play finals. If it was a home game, maybe they might have got up for it,’’ the Glory coach said.

“They trained today (Sunday) so I’ll find out how they are. But, yeah, hopefully (they’ll play).”