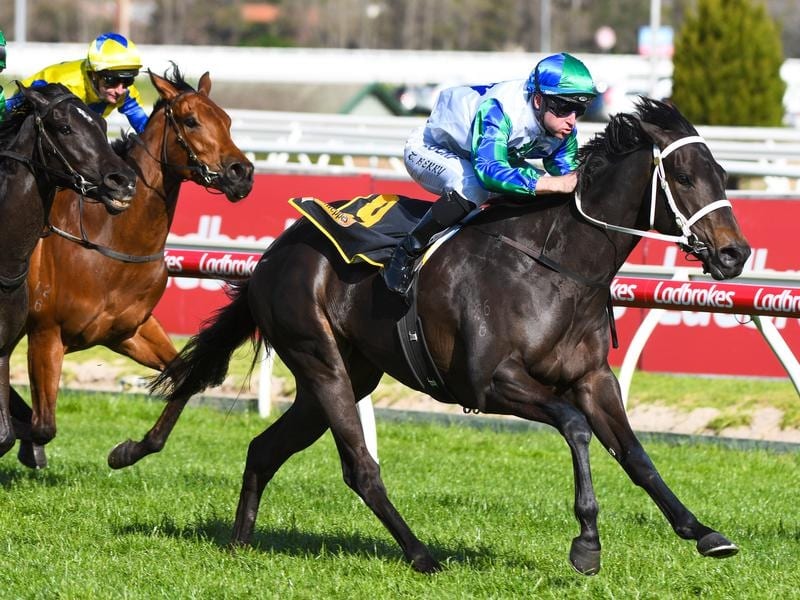 Craig Williams has high hopes for Acting, winner of the Thousand Guineas Prelude, in the main event.

Craig Williams has yet to ride his Thousand Guineas mount Acting in a race, but well remembers a text message he received about the filly while on holidays.

Acting is owned by Garry and Mark Chittick of New Zealand’s Waikato Stud and is the third favourite for the Group One fillies Classic at Caulfield on Saturday.

Williams was on an end-of-season break with his family in Alaska when he received a text message from Mark Chittick after Acting had won a midweek race at Sandown on a heavy track in August.

“I was up sledding on the glacier and I remember coming back and having a message about Acting,” Williams said.

“That said to me they have a good opinion of her and here we are lining up in a Group One race on Saturday.”

After being comfortably beaten on debut at Sandown in early July, Acting has gone on to win her next three starts.

The Trent Busuttin and Natalie Young-trained filly followed that performance with a win at Echuca, defeating Condo’s Express, a dual winner at The Valley in August, before posting a win at Sandown on August 14.

After nearly seven weeks off the scene, Acting scored her first stakes race success when she led throughout in the Thousand Guineas Prelude (1400m) at Caulfield on September 29 with Sydney Sydney jockey Tommy Berry aboard.

Williams does not expect the rise in distance from her last victory to Saturday’s 1600m to be a disadvantage.

“She looked very dominant in the Prelude which gave her another run under the belt for the preparation,” Williams said.

“I know the trainers are very happy with how she has trained on and I know they’ve always had a big opinion of her, so it’s no surprise to see her line up as a good chance in the Group One on Saturday.

“It’s a competitive race and she looks a good chance with any luck in running.”

Acting is one of two runners Busuttin and Young will saddle up in the fillies feature.

Last-start Caulfield winner I Am Eloquent, with Stephen Baster aboard, has drawn barrier five with Acting next to her in six.