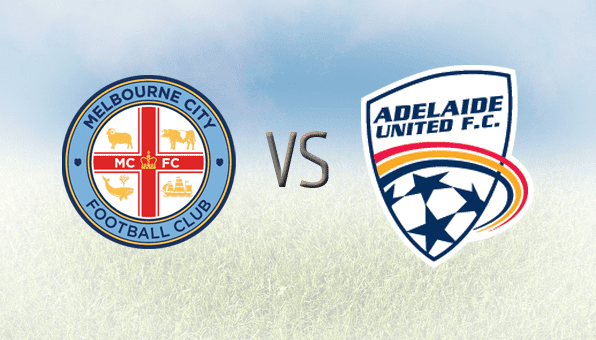 BEWARE the heart of Melbourne City.

See what we did there?

But in all seriousness, that will be the message the Reds will have at the forefront of their minds ahead of Friday night’s A-League semi final clash at Hindmarsh stadium, having dropped two games at home and three of the past five against City.

But this is an Adelaide United side that finished on top of the A-League in 2016 and is trying to dispel its reputation as the second worst finals club in the competition’s history.

The Reds have won just three of their 17 finals games, giving them the second worst percentage of any club in the league, the 18 per cent behind only Perth Glory’s 16 per cent.

And they will have a full strength side to pick from when they roll out against City at home on Friday night, with superstar defender Tarek Elrich set to return from injury for the semi final.

With Elrich back after more than a month on the sidelines and beastly striker Bruce Djite set to be available, despite missing training this week, gun midfielder Marcelo Carrusca says coach Guillermo Amor has a good selection headache.

“It’s good for everyone except the coach because he has to make the decision but it’s good to have all the squad,” Carrusca said.

“When everybody is fit, it’s much better for us.

“Bruce I think is going to be okay, we hope, because he’s very important for us.

“I think he’s following what the medical staff say.

“I think was a little bit of rest because he already did a strong training but he’s going to be okay.

“I’m not sure what he has but the most important thing is that he’ll be ready for the game.”

The match will be played out in front of a packed crowd of some 16500, and while the Reds have a full deck of cards to play with, City will be without key winger Harry Novillo, after an appeal against his two match ban for kicking – ironically against the Reds in round 27 – failed.

Melbourne City will be looking to win back-to-back A-League finals matches for the first time in their history and have won two of their four finals fixtures prior to this match.

They will still draw upon the likes of Aaron Mooy, who creates a scoring chance every 20 times he touches the ball – better than any other player in the league – and Bruno Fornaroli to provide scoring punch.

Fornaroli scored both goals in City’s win over Perth Glory in last week’s elimination final and looms as the danger man for the Reds.

No team can match City’s firepower, with Fornaroli on 25 goals and Mooy on 11 – the Reds’ best is Djite with nine, but it is very tough to score on their home ground. They have conceded just seven goals in their past nine games at home.

City manager John van’t Schip expects his side to make all the running in the game.

“It’s going to be a big finals game and we’ve shown it already two times in Adelaide this year that we know how to beat them,” van’t Schip said.

“They’re playing at home so I think for us it’s important that we won this game. We have to make sure we are ready to go on Friday to go 90 minutes or even longer.

“This is a finals game, they’ve played against us a week ago so it’s going to be tight. We know they have quality players as we do, they have a good passing, attacking team so we just have to make sure we are prepared and do our bit as well.

“We’ve shown we can do that and make a great game and play for everything to get into the Grand Final.

“It’s Adelaide that has to stop us and that’s the way you have to approach it.”

United was winless after eight games and had no hope. Flash forward and they own the Premiers Plate and are one win away from hosting the grand final. This game is so, so hard to pick. City has the might and the muscle to win, even away from home, while the Reds are the best team in the competition. United won the last game between these two sides in a spiteful clash, 2-0, so it has the upper hand with home field advantage, but finals are another level and we’re tipping an entertaining draw, with extra time and maybe even penalties required to decide who goes through to the grand final. There have been 18 goals scored in the last five Hyundai A-League matches between these teams with the cumulative score line reading 9-9, meaning there’s a good chance both teams will score.

The Spanish star is part of a trio of midfield superstars that are the envy of the rest of the A-League. Only has four goals on the season, but has spent much of it linking up with the likes of Carrusca, Djite, Isaias and Pablo Sanchez. On his day, he is as good as any one in the game and while he isn’t a monster goal scorer, he might just bob up for the Reds in this one at good odds.

There really is no other pick for Melbourne City than their record breaking Uruguayan goal machine. Fornaroli’s pair of wonder goals last week gave him a remarkable 25 for the year, destroying the previous single season mark. He is in brilliant form and it appears the big finals stage suits him to a tee. If City win, he will probably be the man on the scoresheet.