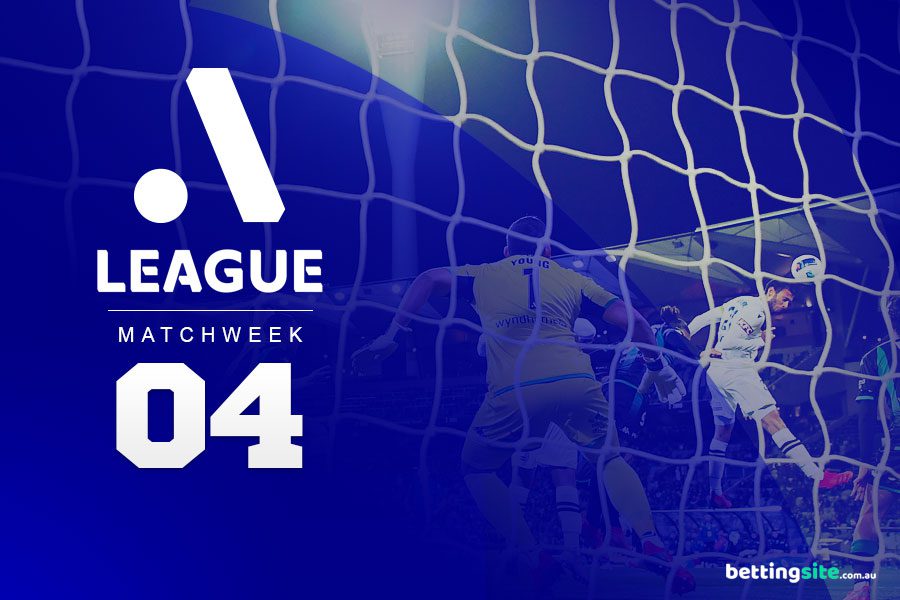 The 2021/22 A-League Men season heads into Matchweek 4 with more local derbies scheduled and plenty of sides looking to give their season a kickstart. BettingSite.com.au brings you the best bets and top odds on offer for a bumper weekend of Australian soccer.

Western United (2-0-1) are set to welcome the winless Brisbane Roar (0-1-2) to GMHBA Stadium on Saturday afternoon, and on the back of consecutive 1-0 wins, we expect John Aloisi’s men to continue on their winning ways. Hardly anyone gave the new boys on the block a chance against Melbourne City last weekend, but Dylan Wenzel-Halls’ 20th-minute goal was enough to hold off a star-studded City side. Despite that goal being their only shot on target last week, it should give this young side plenty of confidence against a Roar outfit lacking any sort of mojo.

Another week, another local derby in the A-League Men, this time between Western Sydney Wanderers (1-2-0) and Macarthur FC (2-1-0) on Saturday night. With both teams undefeated after three weeks, it looks set to be one of the better matches over the weekend. Despite a less than ideal performance against the Central Coast Mariners last week, Macarthur did enough to scrape a 1-0 victory. With the Bulls likely to improve off that effort as they face a Wanderers side looking a touch underwhelming in defence, we anticipate a few goals in this one. Macarthur have the likes of Tomi Juric, Daniel De Silva and Tommy Oar at their disposal, so we expect them to further extend their lead in the A-League Men table.

Macarthur FC / Both teams to score

Matchweek 4 draws to a close when the Central Coast Mariners (1-0-2) clash with Sydney FC (0-2-1) on Sunday afternoon. The once all-conquering Sydney FC have been disappointing so far this season, but we expect they will pick up their first win here. The Sky Blues let a two-goal lead slip against the Newcastle Jets last week when sharing the points in a 2-2 draw, but if their first-half efforts are anything to go by, then a win shouldn’t be too far away. Adam Le Fondre (9’) and Elvis Kamsoba (30’) found the back of the net in that game, and if they are at their dangerous best this weekend, it could be a long afternoon for a Mariners defence that is yet to keep a clean sheet this season.