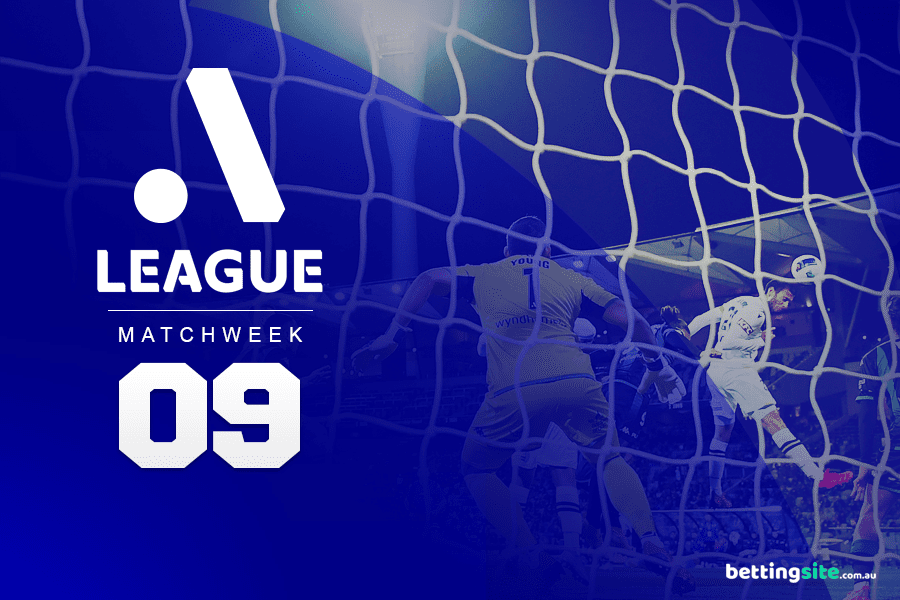 Following multiple postponements due to Covid-19 protocols, we are set for a full six games in Matchweek 9 of the 2021/22 A-League Men season. Bettingsite.com.au presents our best bets and top odds for what looks to be a weekend where we can find plenty of value.

Despite having won four of their first six games of the new season, Western United are $2.87 outsiders when they clash with Sydney FC on Friday night at AAMI Park. Despite stumbling last time out against the Melbourne Victory when going down 3-1, United had managed to reel off four consecutive wins. All those wins came by the score line of 1-0, showing that they may not be all out in attack, but they are as resolute as anyone in defence in the competition. They’ll be up against a star-studded Sydney FC lineup who have won their last two matches, but if United can have the game on their terms, then the $2.87 on offer is too good a value to pass up.

The Wellington and Newcastle match this weekend may not be a complete box office match this weekend, but there looks to be plenty of value in the draw. With only one win between the two sides in the last four matchday’s both sides will be pushing for all three points at Wollongong.

Newcastle have had the upper hand in the meeting recently, taking out three of the last four matches between the two sides. In fairness, it was only two matches ago for the Jets that thy demolished the Phoenix by 4-0, but we will be expected the Nix to be better prepared for Saturday’s clash. With Newcastle coming off a three-week gap between matches, a sense of rust may be there, hence our want to side with the draw.

One of the matches of the weekend in Matchweek 9 is when the Western Sydney Wanderers host the Perth Glory on Saturday night. Despite being four weeks between matches due to Covid-19 protocols, we’ll be hoping the Perth Glory can kick off the New Year with a win against the Wanderers. Despite being the outsiders in the match, the Wanderers have become known for dropping points in recent times in matches they are expected to win. With Bruno Fornaroli leading the line, the Glory will be hopeful of edging ahead in the head-to-head standings between the two sides, with both sides locked at 10 wins apiece from 28 matches.