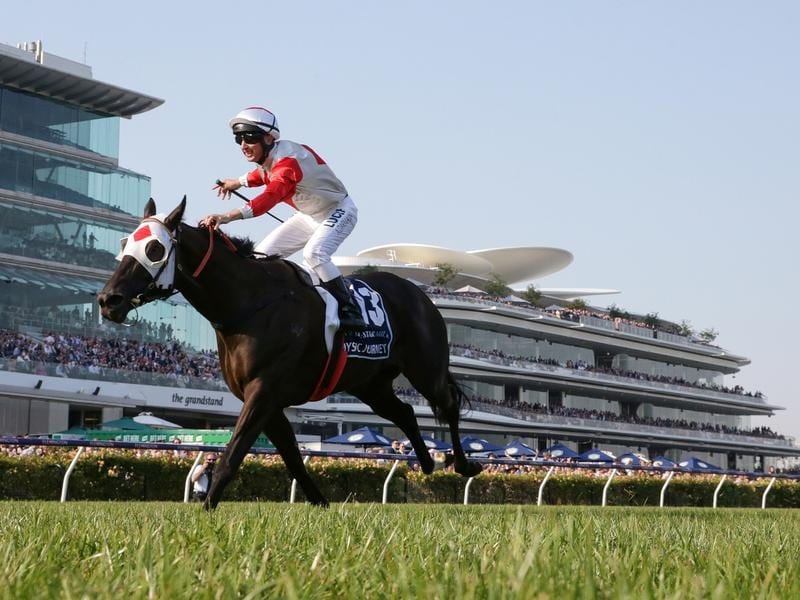 Nominations for The All-Star Mile have opened ahead of the second running of the $5 million race at Caulfield.

Australia’s only fan-based race, it will be run over 1600m on March 14 after being held at Flemington this year with Tasmanian Mystic Journey taking the honours.

Nominations opened on Monday and close on January 9.

Adam Trinder, trainer of Mystic Journey, has indicated the mare will defend her title.

A number of changes have been announced for this year’s race including tougher entry criteria along with New Zealand residents being eligible to vote for their favourite horse.

To be eligible horses must have, at nomination, a minimum rating of 80 if aged four and above, with three-year-olds remaining at last year’s rating of 70.

The will be expanded from 14 runners to 15, with the public’s top 10 vote-getters supplemented by five wildcards.

Conditions for next year’s race allows for two ‘win and you’re in’ races, the Group One Futurity Stakes (1400m) at Caulfield on February 22 and the Group Two Blamey Stakes (1600m) at Flemington a week later.

Racing Victoria’s Greg Carpenter said he was looking forward to seeing the composition of the nominations.

“The inaugural All-Star Mile was a huge success by any measurement, with a diverse set of nominations from stables right across Australasia, and we are very keen to build on those solid foundations and make the second edition even more memorable,” Carpenter said.

Public voting on The All-Star Mile field runs from January 16 to February 16, with the wildcards to be confirmed by March 2.