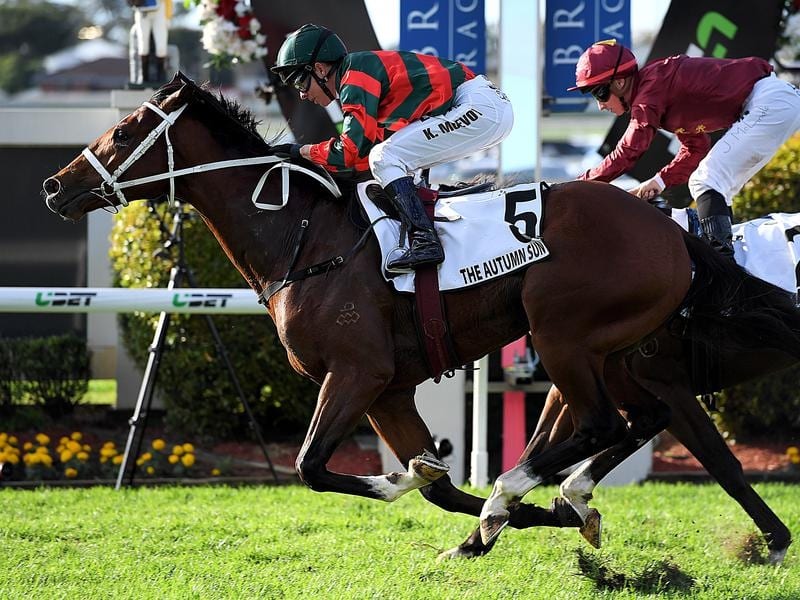 Horses such as The Autumn Sun (l) have run as 2yo in Brisbane before going on to further success.

The Brisbane Racing Club is aiming for big numbers for its new $2.25 million Future Champion series this winter when nominations close this week.

The Queensland winter carnival has produced a long list of future Group One stars but the Brisbane Racing Club believes it can surpass even those numbers after a huge boost in prize money for three winter-two-year-old races.

Nominations for the series close on Friday.

BRC racing manager Matt Rudolph said it was well documented the major part the Queensland winter has played in the success of many future champions.

“In recent years this two-year-old series which is run over 1200, 1400 and 1600 metres has produced winners of The Coolmore, Golden Rose and Caulfield Guineas over those respective distances,” Rudolph said.

“Notably exceptional sprinters Zoustar and Brazen Beau were runners-up in the J J Atkins over a mile prior to winning the stallion-making Coolmore Stud Stakes down the Flemington straight six.

He said the boost in prize money would also hopefully help restore the Sires’ Produce Stakes to Group One status.