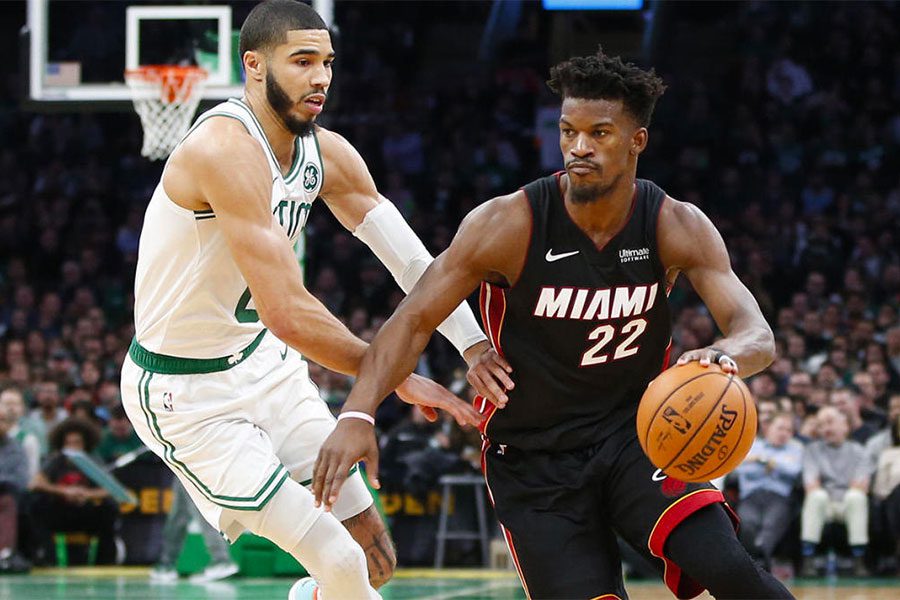 The 2022 NBA Playoffs have finally settled to only four teams, and fans will treated to two great matchups that could truly go either way. The unpredictability is what will carry the entertainment in these games. We have Miami vs Boston and Golden State vs Dallas. Each team has a legitimate shot at winning it all, and each game from here on out will be a battle. Here are some betting picks for the 2022 NBA Conference Finals, which kick off on Wednesday, May 18 (AEST).

There is not a lot to separate these teams. Both have a great defence and used that to get to this point. It’s the one seed vs the two seed in the East, and these teams are very familiar with each other. The Heat have had success over Boston in recent playoff series, but these teams are very different from past seasons. The Celtics have finally figured out their woes of past seasons and now have a dynamic offence that doesn’t resort to isolation as much as the past. Also, the Heat have found some shot-makers to put next to Jimmy Butler and truly maximise their defensive potential.

This is a very evenly matched series and it almost seems like destiny that it goes to seven games. The Celtics are probably the better team and should win, but the price on them winning the series (-175.44 at BetOnline) is a little too heavy. In fact, there may be an opportunity to bet on them after Game 1, where the Heat will be the fresher squad. The Celtics just went through a lot to beat the Bucks, so they may have some tired legs in the opener on Wednesday. Either way, this series has all the makings of one that will go to seven games. These teams are both physical and very good defensively. It will be on stars like Butler and Jayson Tatum to elevate their teams and lift them in this series. Whatever happens, Game 7 looks like a certainty and this line is great value.

Series to go to Game 7

The Mavericks are +180 to win this series, and that line is somewhat disrespectful to a team that just knocked off the Phoenix Suns. Before the playoffs started, the Suns were favored to win it all. Dallas have Luka Doncic, the best player remaining in the playoffs, and he is able to win games by himself. Also, Dallas have been very strong defensively and will cause problems for the Warriors’ shooters. At this point in the playoffs, it makes no sense that the Warriors would be such heavy favorites with NBA betting sites, and while they have the playoff pedigree, Luka could be in the process of building his own legendary resume. Dallas should have the best player on the court, and that fact, combined with the sportsbooks’ disrespect, makes Dallas the pick.

The Warriors are no joke. They still have Steph Curry, Draymond Green and Klay Thompson, but they are all older than their last title run four years ago. This line is inflated because of their past success; when one looks at this year alone, Dallas have been just as good. The Warriors turn the ball over a lot, and that will allow the Mavericks to stay in each and every game. Sure, the Warriors may have more scorers than the Mavs, but when the game slows down, Dallas will be able to dominate. It will be tough for Dallas to win, but at this point in the playoffs, they are being drastically undervalued. This series should be a pick ’em, and the fact that Dallas’ line is so high makes them the bet for this series.

Dallas Mavericks to win the series