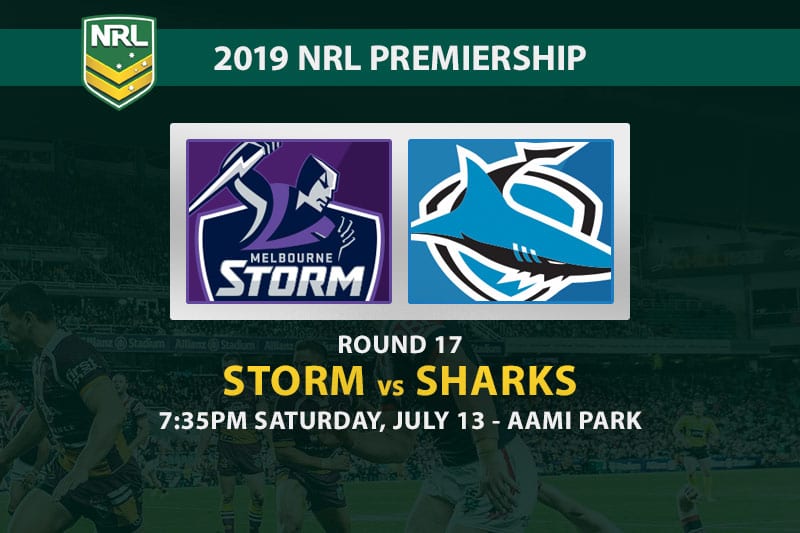 Cameron Smith will make history when Melbourne and Cronulla lock horns at AAMI Park this Saturday.

Already the holder of the all-time games record, the Storm skipper will become the first player in history to take the field in 400 NRL matches.

As such, the purple army will be out in force as the league leaders chase their eighth consecutive win.

That run started the week after Cronulla stunned the Storm back in May, with Si Katoa, Briton Nikora and Braden Hamlin-Uele bagging tries in a 20-18 win at PointsBet Stadium.

The Sharks love taking it to Melbourne, but they have their work cut out this week as they fight to keep hold of a top-eight spot.

Josh Addo-Carr, Will Chambers, Dale Finucane, Felise Kaufusi, Cameron Munster and Christian Welch all return to the starting 13 after playing in Wednesday’s State of Origin thriller. Brandon Smith and Joe Stimson move to the bench as a result, while Sandor Earl, Tino Faasuamaleaui, Tui Kamikamica, Justin Olam, Albert Vete and Billy Walters drop out of the side.

Wade Graham is back from Origin duty, which pushes Kurt Capewell out of the forward pack and onto the bench. Aaron Woods also joins the interchange to make room for Andrew Fifita, who returns from suspension. Jack Williams replaces the injured Paul Gallen at lock, while Josh Morris is out on the wing and Josh Dugan starts in the centres.

Suliasi Vunivalu – There is a good chance one or two of Melbourne’s Origin stars will start from the bench, meaning Vunivalu is likely to see more time on field than Josh Addo-Carr. The big Fijian would love to find some tryscoring form with the finals looming.

Josh Morris – The Sharks are missing a few of their more likely types in attack, which leaves Morris as the best bet to trouble the scorers. The former Bulldog has four tries from his last three games, including a hat-trick against Brisbane last time out.

Melbourne’s superstar skipper is yet to score a try this year, but will the great man find the line in his 400th game? Sportsbet.com.au has plenty of Cameron Smith tryscorer specials, double bets and other exotics on offer this weekend, and these are a few of our favourites.

Cronulla were the last team to beat the Storm, but they head to Victoria on a three-game losing streak and have some concerns in key positions. Melbourne are at home, they have their Origin reps back and they will lift for their fearless leader’s milestone game.