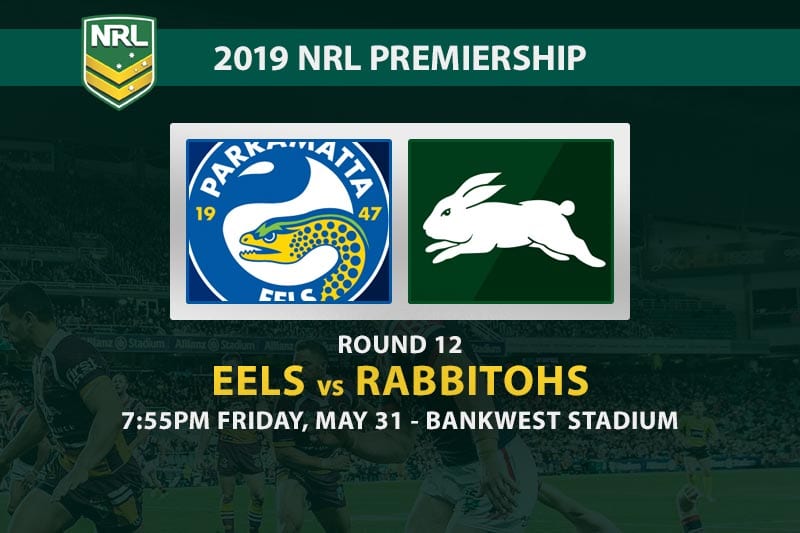 It is that time of year when form means little and availability is everything.

The Parramatta Eels have lost four of their last five games, but coach Brad Arthur has a full squad to choose from (injuries notwithstanding).

And while the South Sydney Rabbitohs are top of the table, the upcoming State of Origin series has robbed them of several star players.

Can the Eels take this opportunity to snap their rotten run, or will the league leaders prevail despite their selection woes?

Daniel Alvaro, George Jennings, Tim Mannah and Brad Takairangi are the casualties from last week’s loss to Penrith, with all four dumped to reserves. Josh Hoffman and Michael Jennings come into the centres, Blake Ferguson reverts to the wing, Kane Evans is named at prop and Tepai Moeroa starts at lock. Ray Stone fills out the interchange alongside Marata Niukore.

Adam Reynolds is named to start despite going off injured last week, while Damien Cook, Dane Gagai, Cameron Murray and Cody Walker are all away on Origin duty. That means debuts for Billy Brittain at hooker and Connor Tracey at five-eighth, while Adam Doueihi comes in at centre. Tevita Tatola steps up at lock and Bayley Sironen completes the bench.

Why mess with a man in form? Sivo has found the line five weeks running and looks far and away the most dangerous scoring threat in the Eels’ back half.

Graham enjoyed a bright start to the season, but his tryscoring has tapered off over the past month or so. This is a good opportunity to step up and get on the scoresheet.

Parra vs Souths stats and trends

This is a tricky time of year for tipsters, but there are two things we know for certain.

One is that no matter how you dress it up, the Eels are out of sorts and struggling to cope when the pressure is on.

The other is that Souths coach Wayne Bennett knows a thing or two about dealing with absent stars during the Origin rounds.

This will test the Rabbitohs’ depth, especially if Reynolds does not pull up, but they have some talented youngsters who will be eager to impress.

You probably won’t get better odds on the Bunnies for the rest of the regular season, so take them while you can.