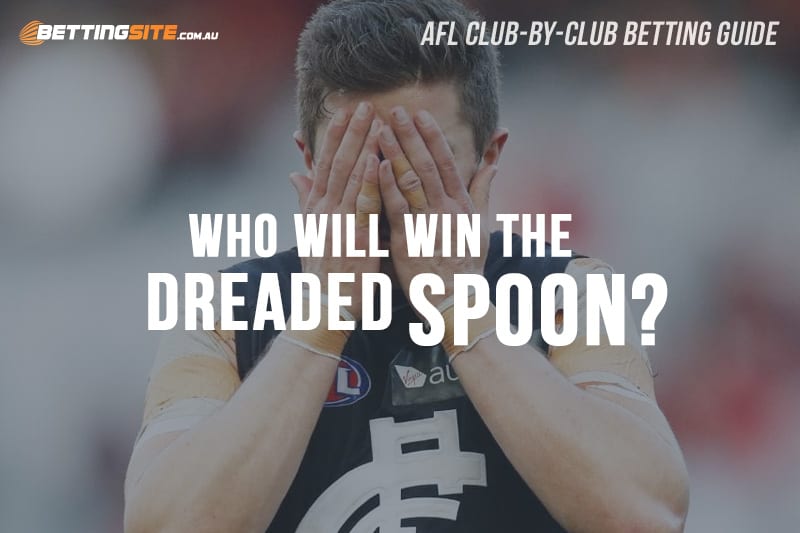 If you support one of the following six teams, we admire your resilience and persistence.

We have covered the premiership contenders and the finals candidates, but now it is time to look at the rest.

The following teams are either on the back end of a rebuild, have fallen down the ladder in recent years, or are completely rebuilding as we speak.

Out of the six teams expected to bring up the rear this season, the Lions are the obvious best.

With the development of all their younger players and the inclusion of gun midfielder Lachie Neale, the team on paper looks the goods.

Charlie Cameron is a super talent in the forward line who missed a majority of last season with a foot injury, but now he is cherry ripe to attack 2019.

Eric Hipwood will take another huge step in his development as a key forward and will be assisted by new recruit Lincoln McCarthy, who has made his way across from Geelong.

Luke Hodge will go one more season in the defence for the Lions, which is pivotal for the development of emerging talents such as Alex Witherden and Harris Andrews.

This will be an interesting season for the Lions, as they could come out with many victories and yet still fall short of the finals.

Finishing somewhere between ninth and 13th looks to be a realistic goal for Brissy this season.

The Western Bulldogs are the hardest team to assess this season.

With the incredible midfield of Jack Macrae, Marcus Bontempelli, Lachie Hunter and Tom Liberatore, the Bulldogs have the potential to dominate the new ‘6-6-6’ format of the game.

The forward line is the main struggle for the Dogs, as Josh Schache is still not playing to his full potential and might not reach it for a few more seasons.

Younger players Ed Richards and Lewis Young will enjoy life in the backline together this season alongside Jackson Trengove, who arrives from Port Adelaide.

Macrae is a solid chance in the Brownlow Medal betting this season after stepping up to the elite bracket of ball winners last year.

Acquiring Jesse Hogan by trade was a huge win for Fremantle, which is why they could do some damage this year.

Another player that made his way to the Dockers during the offseason is Rory Lobb, who has exceptional hands for a tall and has taken the third most contested marks in the comp over the past three years.

Nat Fyfe has undergone minor elbow surgery in preparation for round one and will work his way back to his best this season.

The departure of Lachie Neale leaves the club with a spot to fill in the midfield, which presents a perfect opportunity for the likes of Andrew Brayshaw.

Brayshaw is now back to full fitness and will play all of his time in the guts, where he can become one of Freo’s most valuable players.

Finals may be out of reach for the Dockers, but the individual awards could go their way by season’s end.

Fyfe is the equal favourite for the Brownlow at $6 with Sportsbet and Hogan is a smokey for the Coleman at $18.

Not much has gone right for the Saints in the past four years.

The combination of poor drafting, abnormal trade decisions and premature retirements has left the club relying on younger kids to step up into difficult roles.

The obvious example is Paddy McCartin, who has been forced to play full forward, one of the most difficult positions on the ground.

Jack Steven has taken some time away from football to focus on his mental health, thus ruling him out indefinitely.

Jack Billings and Jade Gresham will be ones to watch in 2019, as both will look to step up their games after showing flashes of elite ability last year.

With no.4 draft pick Max King out for most of the season with an ACL injury, Saints fans will have to wait until late in the season before they see their newest talent.

St Kilda are one of the least exciting teams in the league, especially with Steven out of action, and will not scare the finals this year.

If not for the next team on our list, the Blues would be the worst team in the competition.

It’s not that they play poor football or have useless players, the team is just young and learning.

Head coach Brendon Bolton is slowly crafting a squad he believes will be a powerhouse in the future.

With the talented spine of Jacob Weitering, Caleb Marchbank, Patrick Cripps, Charlie Curnow and Harry McKay, the Blues have so much to look forward to in the years to come.

Picking up Michael Gibbons and Matthew Cottrell from the VFL during the supplemental selection period was a good move for the list.

Gibbons looks a very capable small forward who will slot straight into the best 22 this year, whilst Cottrell is a long-term prospect who has the endurance to match AFL wingmen and the athleticism to excite the crowds.

Cripps is our selection for the Brownlow Medal this season as he is a brute in the midfield, a threat up forward and a noted vote-getter regardless of whether the Blues win or lose.

Not much can be said about Gold Coast’s finals aspirations in 2019.

Favourites for the wooden spoon, the Suns haven’t got the list to challenge most teams in the league.

Gun draftee Izak Rankine, who was selected at pick three, unfortunately pulled his hamstring in the second JLT practice match and will miss two months before he can return to full training.

No player stands out as even a remote chance for the Brownlow, with Lachie Weller – who would be lucky to poll 10 votes – probably the best bet for the Suns.

The club is in shambles after both co-captains, Tom Lynch and Steven May, left the club in the last trade period.

There is no hope for the Suns in 2019, and one cannot help but wonder how much longer the franchise will last.