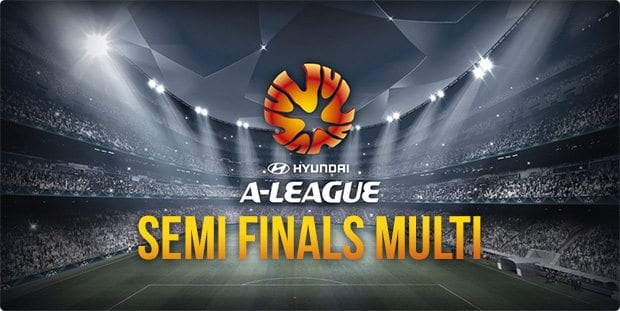 THE second week of the A-League finals is upon us and finally the big boys are out in force.

Sydney FC and the Melbourne Victory are fresh off their week off and ready to go against opposition who they have played well against throughout the year in the form of the Perth Glory and Brisbane Roar.

If everything goes to plan we should have a big blue final, but let’s take a look at why that will happen.

All odds for the semi-final week of the A-League season were provided by Sportsbet.com.au.

The Premier Plate winning Sydney FC play their first game of the finals series against a team they have ruled in recent times in the form of the Glory.

The Sky Blues ended the season as one of the most dominant teams in A-League history but it will all count for nothing if they do not add a title to their 2016/17 campaign.

The Glory easily accounted for City last week, winning 2-0 away from home at AAMI Park. To progress through to the A-League final however, they need to overturn a horrendous run of form against the Sky Blues.

Sydney FC has won their last four matches against Perth and should have no trouble making it a fifth en route to the grand final.

The second match of the A-League’s semi-final weekend sees the Victory host the Roar in an interesting matchup.

Unlike the first match on Saturday, the visitors have experienced a good run of form against the more favoured side.

In their last six match ups the Roar has won three and drawn twice across their last six meetings, but the Victory take in a much better side into the semi-final and will benefit greatly from the week off.

After a poor run in the regular season, the Victory ended the campaign with a win, and that boost of confidence should bode well going into the semi-final.

We are backing the Victory to overcome the Roar in a dour affair.