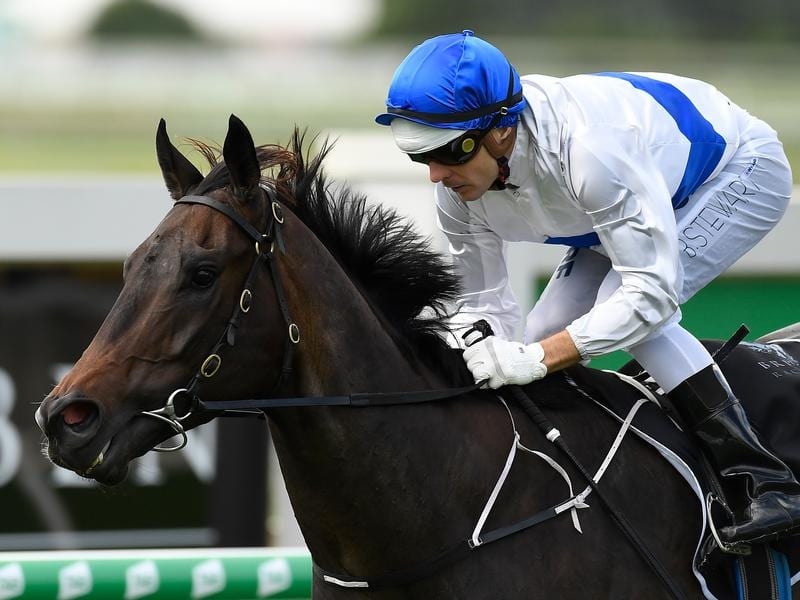 Stradbroke Handicap favourite Zoustyle has taken his record to six wins from as many starts.

Star colt Zoustyle produced a new trick before going on to maintain his unbeaten record and remain on course for a tilt at next month’s Group One Stradbroke Handicap.

Zoustytle ($1.60) looked to be cruising in front when for a couple of strides he threw his head in the air.

Jockey Brad Stewart got him back quickly into stride and the colt went on to make it six wins from six starts when he beat Plague Stone ($3) by 1 3/4 lengths in the JRA 3YO Plate (1200m) at Doomben.

Stewart said the mid race performance was nothing to worry about and Zoustyle was quickly back on the job at hand.

“I think he was just feeling a bit new and wanted to get on with it,” Stewart said.

Zoustyle remains at the head of markets for the Stradbroke on June 8 but trainer Tony Gollan would not commit him to a run.

“There are plenty of options for him. We can go to the Moreton Cup at Doomben in a fortnight and then on to the Stradbroke,” Gollan said.

“Or we can just head to the three-year-old race on Stradbroke day and then look at something later in the carnival.

“It will all come down to how he does in the next few days. We have always managed his career carefully.”

He said it had been a great relief to get Zoustyle back to the races after a couple of earlier attempts had been ruined by rain.”