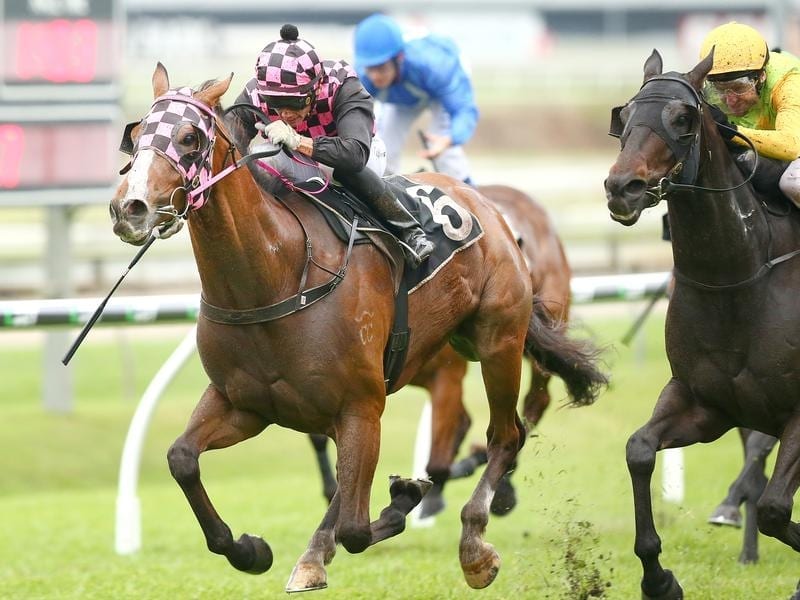 In-form trainer Robert Heathcote has decided to give promising Zofonic Dancer a second chance to prove he is a stayer at Doomben.

Heathcote accepted with Zofonic Dancer in open handicaps over 1600m and 2000m on Saturday but has elected to go with the longer race.

Heathcote has been in great form with two trebles and two doubles at the past four Saturday metropolitan meetings in Brisbane.

Heading the way have been his stayers and in particular Monaco Snob who has won four races in a row.

But Heathcote makes no secret of the fact he believes Zofonic Dancer could turn out the best horse in his stable.

Zofonic Dancer has won his past two starts over 1600m in Benchmark company taking his career record to seven wins from 13 starts.

Heathcote has no doubts he is ready for the Harcourts Green Living Open Handicap (2200m) at Doomben.

He has been weighing up the right time to try the gelding over a middle distance.

“I thought he would be my Queensland Derby horse but after he ran midfield in the Rough Habit Plate at 2000 metres we had to turn him out,” Heathcote said.

“He is a very promising horse and this will give us a guide to whether we look at even longer races.

“I bought him on his breeding as a stayer and went to a good bit of money to get him because I like his sire Zoffany. But I think it could be a cheap buy now.”