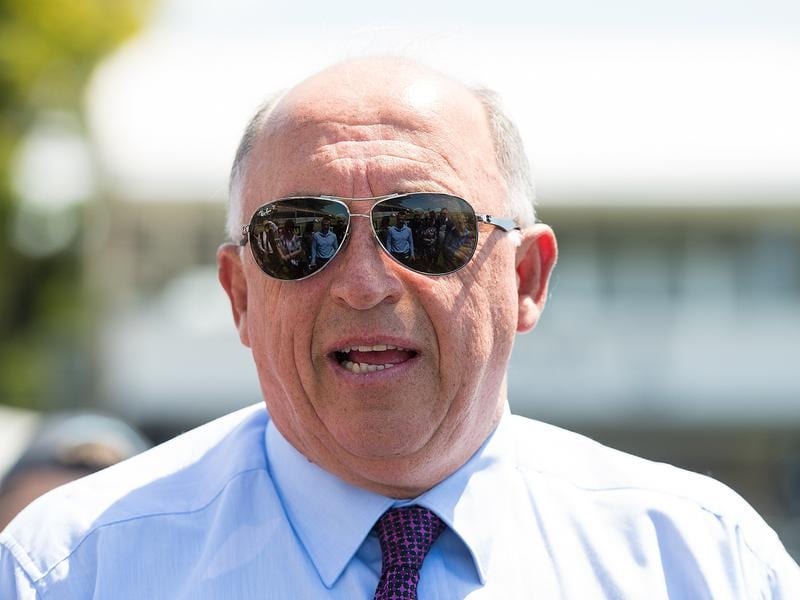 Co-trainer Robert Heathcote believes the time is right to put blinkers on Ziemba at Doomben.

The Anderson/Heathcote training premiership has good reason to believe it has made the right decision by adding blinkers to the race day gear of unbeaten Ziemba at Doomben.

Ziemba won his first two starts impressively in midweek class at Doomben and Ipswich without blinkers.

It is usual that blinkers are added to a young horse’s gear to help them concentrate and improve their form.

If that is the case with Ziemba his rivals are in for a hard afternoon in Saturday’s Two-Year-Old Handicap (1200m).

“We deliberately kept them off him for his first two starts with the idea of adding them when he got to Saturday class,” Heathcote said.

“His whole family have been blinkers horses so we can be confident he will be as well.”

Heathcote knows all about Ziemba’s family as the gelding is by Rothesay out of Funtantes.

Ziemba is the first foal of Group Two winner Funtantes who is from one of the most famous families in Queensland racing.

Funtantes’ dam Cantantes has produced the winners of nearly 50 races over the past two decades.

Heathcote has trained just about all of Cantantes and now Funtantes offspring.

“Cantantes died a couple of years ago and we are hoping Funtantes can take her place as a prolific win getter,” Heathcote said.

He started his training partnership with Chris Anderson in May and they have already had 22 winners.