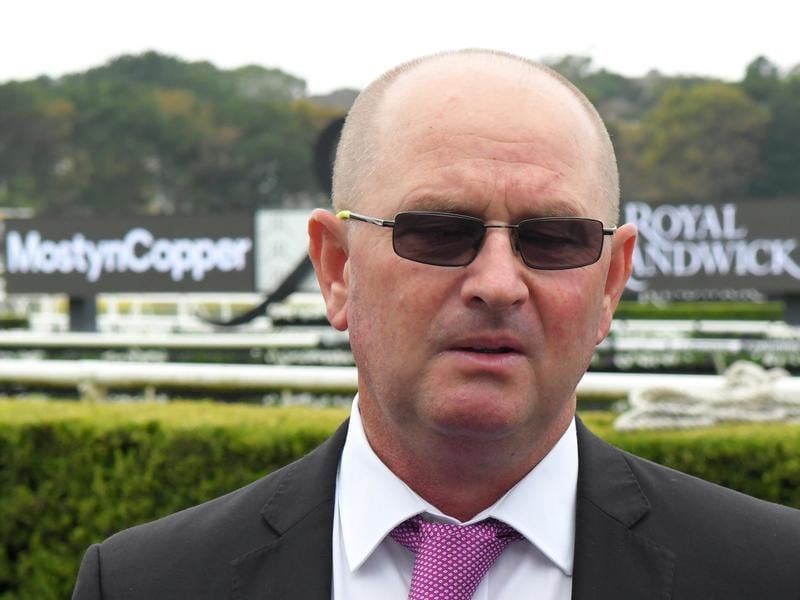 Expensive filly Zac Attack will resume with only one trial under her belt after missing a second hit-out this week.

Zac Attack has drawn barrier one in the TAB Three-Year-Old Fillies Handicap (1000m) at Eagle Farm on Saturday.

The Toby and Trent Edmonds training partnership has taken its time with Zac Attack who is entered for the Group One Caulfield Guineas and Group One Thousand Guineas.

She will be having her first run since winning on debut at Doomben in March after which she was sent for a spell to mature.

The filly was impressive in a Gold Coast trial last month beating stablemate Grand Zou who has since been a runaway winner at the Sunshine Coast.

Zac Attack was set to have another trial at the Sunshine Coast on Tuesday but did not make the trip from her Gold Coast stable.

“We had a look at things and the Eagle Farm 1000m metre race suited her better than a trial,” Toby Edmonds said.

“She is still a bit wintry and woolly but she has barrier one so we will see.”

Edmonds said whether Zac Attack went to Melbourne would depend on her form in the next month.

“Nominations for those races are early and she is a well bred filly so you have to put them in,” he said.

“I thought his last-start second at Eagle Farm was close to the run of the race but he still has plenty of weight to carry,” he said.