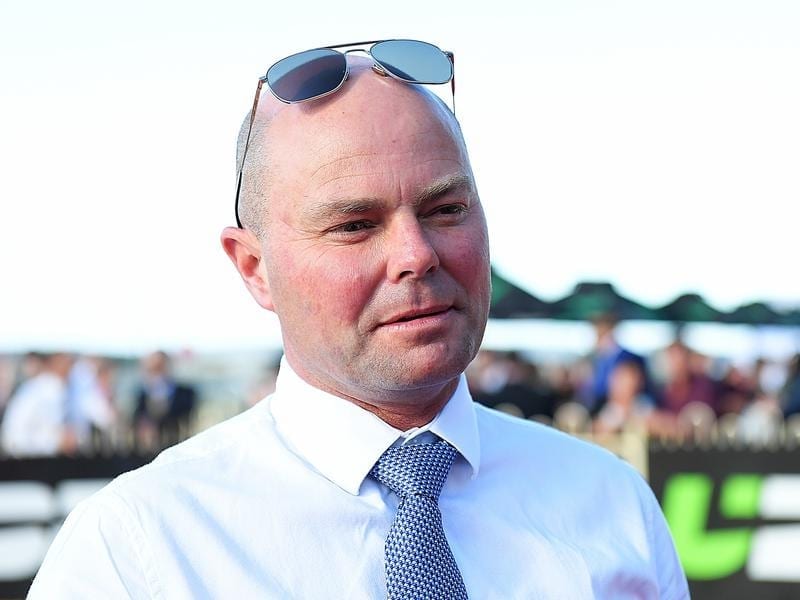 Trainer Matt Dunn will be chasing a stable consolation at Doomben with two unraced horses.

Trainer Matt Dunn was shattered when forced to withdraw The Kosciuszko favourite Care To Think but he is a chance of some consolation with his younger brigade at Doomben.

Dunn scratched Care To Think from the $1.3 million Randwick race on Wednesday morning when the gelding was found to have a high temperature.

“Of course it was a hard decision but he is a genuine Group One horse and we couldn’t risk him on a trip from Murwillumbah to Sydney,” Dunn said.

“I had been happy with him and he had trialled well at Ballina. But he was race favourite and we had a responsibility to have him at his best.”

“We will give him a break and we can look at the Magic Millions carnival and then the autumn and winter.”

Dunn is watching the weather closely for Saturday’s Doomben meeting where he has promising juveniles Cubix and Ready To Party as acceptors.

“They have trialled well but there is a lot of rain predicted. They are ready to race so we will just have to see,” Dunn said.

Cubix who won a barrier trial at the Gold Coast is by freshman sire Rubick while Ready To Party, a recent Doomben barrier trial winner, is by top sire More Than Ready.

Dunn will still have a Kosciuszko runner in Snitz who has pleased him since running third first up in a blanket finish at Doomben two weeks ago.

“I always planned to have him at his best second up so he is ready to go.”