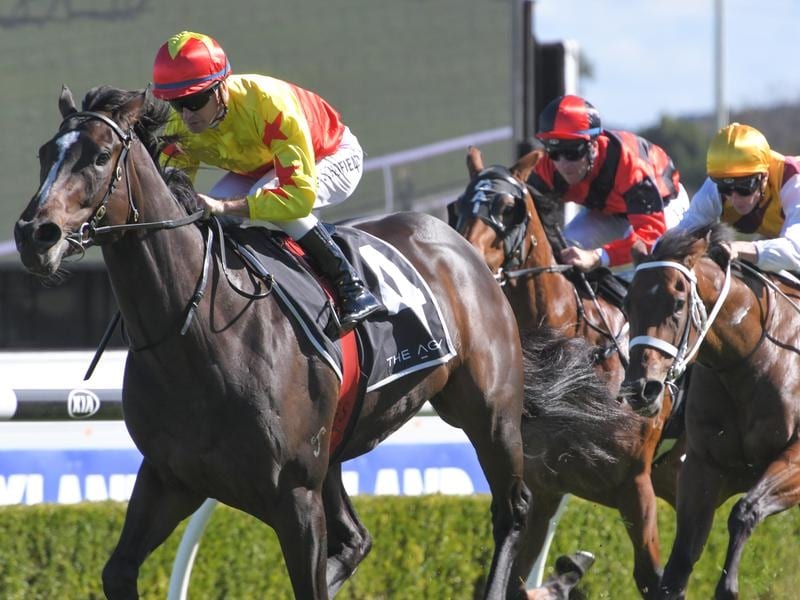 California Zimbol has made a perfect start to her racing career with a clear-cut win at Canterbury.

Jockey Glyn Schofield is convinced California Zimbol is going to turn out better than the average Sydney midweek winner after the filly’s impressive debut at Canterbury.

One of five first starters in a race for juveniles that is tipped to unearth its share of talent, California Zimbol scored a clear-cut win in The Agency Real Estate Handicap.

“It was a good win because it was a field of some depth.”

Sent out second favourite, California Zimbol raced in the leading division and drew clear to beat the Chris Waller-trained Maddie Rocks ($5) by 1-1/2 lengths.

The runner-up’s stablemate and favourite Tracy May ($2.80) was the same margin away third.

A $450,000 yearling, California Zimbol is trained by Peter and Paul Snowden and Schofield said the filly would be competitive in any race they decide to target.

“She’s got a little bit to learn … but I’m sure the Snowdens will have a lot of fun placing her in some nice races,” he said.

Discharged scored in customary style for a Waterhouse-Bott youngster, leading throughout in the Pluck @ Vinery Handicap as the $3.80 favourite.

The colt ran faster time for the 1200m than California Zimbol to set up a possible end-of-season Brisbane campaign.

“We’ll see how he comes through this and see if there is anything in Sydney or up north,” Bott said.

“He is up to Brisbane class at the this time of the year.

“There is plenty of scope for him to improve off that and he will definitely improve going up in trip.”