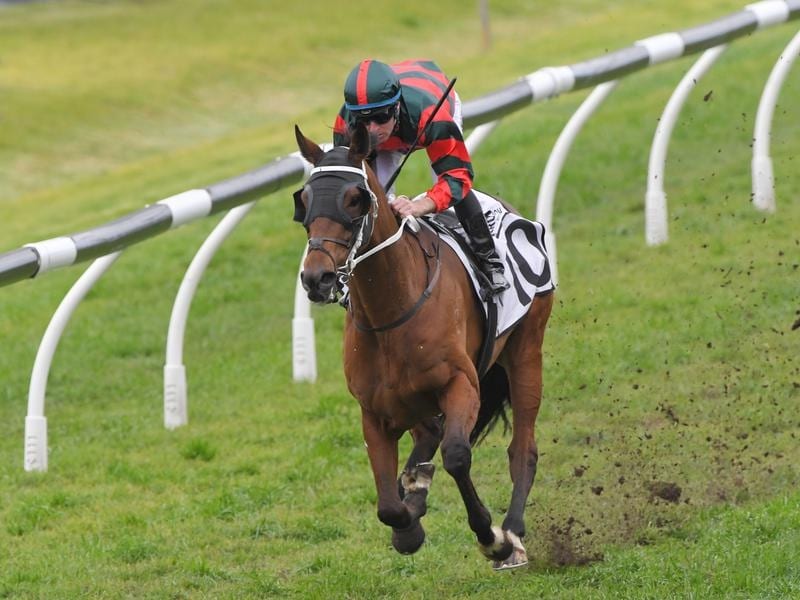 Wu Gok has enhanced an already enviable wet-track record in winning the Premier’s Cup at Rosehill.

Heavy-track specialist Wu Gok has come to the fore at Rosehill to win his first stakes win and set up a tile at another.

Six of Wu Gok’s eight wins have been on heavy tracks and Waller said next week’s Wyong Cup was on his agenda.

“He has been a fantastic horse through the winter,” Waller said.

“It was a good win, a well-deserved win for him and he might head to Wyong on Friday for the Cup as well to have another race before he goes out for a well-earned break.”

Wu Gok was ridden by Tommy Berry who is jostling with Tim Clark and Nash Rawiller at the top of a new-look Sydney jockeys’ leaderboard early in the season.

“I rode him last start and I said to Chris ‘we just need a track with a bit of sting out of it again’,” Berry said.

“He was very well-placed. He was down in the weights,.

“I’ve been making an effort in the last few weeks to ride 53 (kg) on a Saturday so I could get some decent rides and I was lucky enough to get this bloke.

“He travelled so sweetly in the run. He was so happy. He found about a length at the top of the straight and held it the whole way to the post.

“He’s a horse in form at the moment.”

The Waller-trained Carzoff ($13) finished third, two lengths from the runner-up but the trainer scratched a couple of the stable’s big guns, Sydney Cup winner Shraaoh and Girl Tuesday, because of the conditions.

“We kept a couple at home – Shraaoh and Girl Tuesday – thinking today might have been a bit tough for them at this stage of their preparation,” he said.

“Overall, I think the race was good and we’ve got some nice stayers going forward for the spring.

“There is a good selection of races. There is the Kingston Town coming up.

“Ideally you get most of them going towards The Metropolitan and a few can head down to Melbourne at some stage too.”