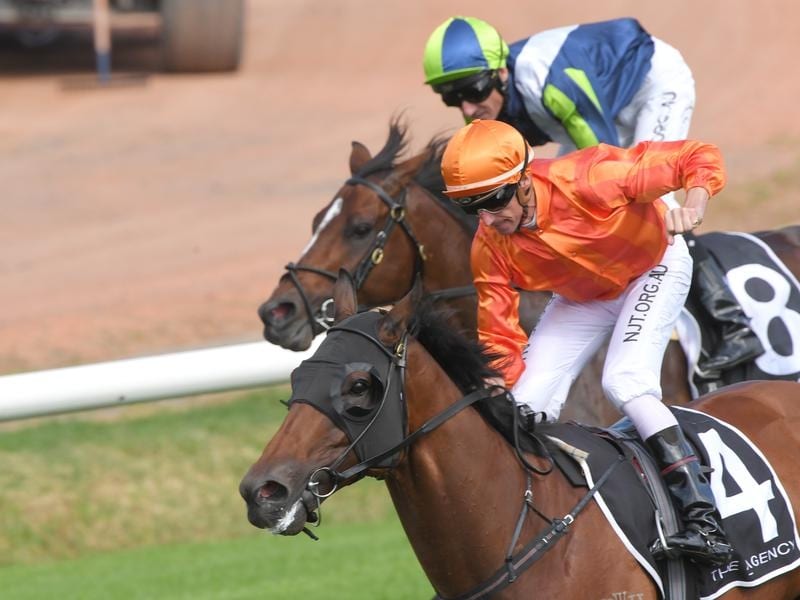 The John Thompson-trained Dreamforce will be aimed at a first-up Group One test in the Winx Stakes.

The first Group One race of the 2020-21 Australian racing season is in trainer John Thompson’s sights with stable stalwart Dreamforce.

Dreamforce broke through for a deserved Group One win during the Sydney autumn carnival in the George Ryder Stakes (1500m) at Rosehill in March before failing in his final start of the campaign in the All-Aged Stakes four weeks later.

The rising eight-year-old is among Thompson’s spring carnival contenders and the Randwick trainer is planning to have the gelding wound-up for the Group One Winx Stakes (1400m) first-up on his home track next month.

The weight-for-age Winx Stakes is on August 22.

“The All-Aged was probably one run too many (in the autumn) but he won his grand final and that was the main thing,” Thompson said.

He said Dreamforce was scheduled to step out at the Randwick trials on July 28th with Golden Slipper placegetter Mamaragan also among the Thompson-trained horses scheduled to ramp up their preparations at the trials that day.

Thompson believes 1400m is a perfect distance for Dreamforce and plans to have him ready to fire with two barrier trials leading in.

Dreamforce won the Tramway Handicap (1400m) first-up last spring while in the autumn he was narrowly beaten first-up in the weight-for-age Apollo Stakes (1400m).

Exciting rising three-year-old colt Mamaragan is scheduled to make his return in the Group Three San Domenico Stakes on August 29 with the Group One Golden Rose (1400m) his first major spring target third-up.

The trainer believes dual Group Three-winning mare Sweet Deal is capable of stepping up again this spring with the Empire Rose Stakes (1600m) for fillies and mares during the Melbourne Cup carnival a potential Group One target late in her campaign.

Sweet Deal has won eight of her 32 starts.

She won the Group Three Triscay Stakes first-up during her autumn campaign before a second in the Group Two Guy Walter Stakes and fifth in both the Emancipation Stakes and Group One Coolmore Legacy Stakes.

“She’s an amazing mare, she just keeps getting bigger and stronger every time she comes back,” Thompson said.

“It wouldn’t surprise me to see her go to an even higher level this spring.

“Her last couple of preparations she just keeps stepping up.

“I think (jockey) Nash (Rawiller) has been a great asset to her. He has confidence in her and has taken her to a new level. They make a great pair.”