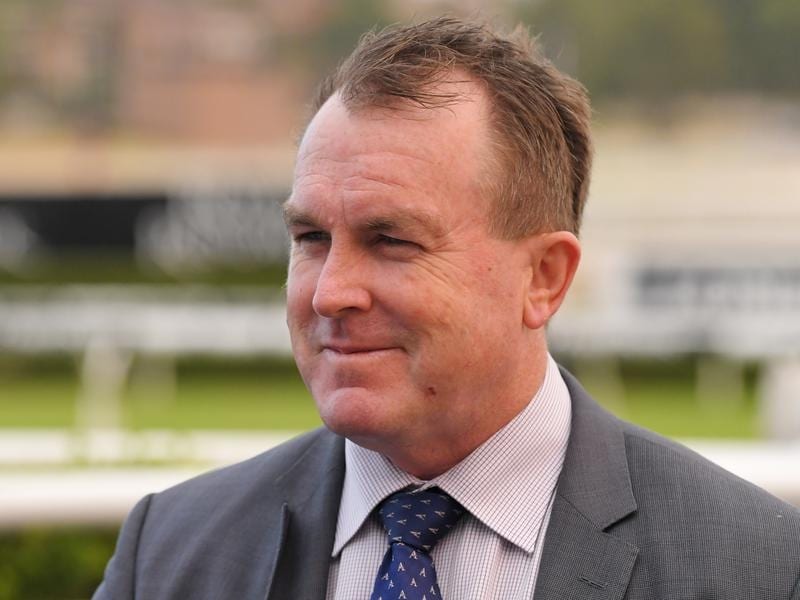 A missed opportunity for a provincial win has had a silver lining for Private Thoughts who has instead racked up a metropolitan victory at Randwick.

Private Thoughts was supposed to run at Gosford on Tuesday but the meeting was called off after two races because of extreme heat.

Trainer John O’Shea fortuitously kept her in the Yulong Australia Handicap (1000m) at Randwick on Wednesday and the filly delivered to give the stable the middle leg of a winning treble to start the new year from three runners.

O’Shea’s other winners on the Kensington track were Killer Instinct in the Bowermans Office Furniture Handicap (1800m) and Twentyfour Carat in the Territories Yearlings Handicap (1400m).

O’Shea has steadily built his stable after spending three years with Godolphin and the results are starting to come.

Private Thoughts bears a famous name from 40 years ago, that of champion Kingston Town’s brother.

“She had a trip up the highway yesterday to Gosford. She came back well and I was happy enough to run her today,” O’Shea said.

“We have been extra patient with her and she was helped by a wonderful Rachel King ride.”

The mare is owned by American operation LNJ Foxwoods.

“She always jumps well and it’s good when a plan comes off.”

Twentyfour Carat was the $2.45 favourite and had an even easier time under Sydney premiership leader Nash Rawiller, making up for a last-start seventh.

“He didn’t have much luck the other day,” O’Shea said.

“He has taken a bit of time to get fit and it was a wonderful Nash Rawiller ride.”

The double takes Rawiller to 42 wins this season, 4-1/2 ahead of reigning premier jockey James McDonald who has been riding with success in his native New Zealand over the holiday period.