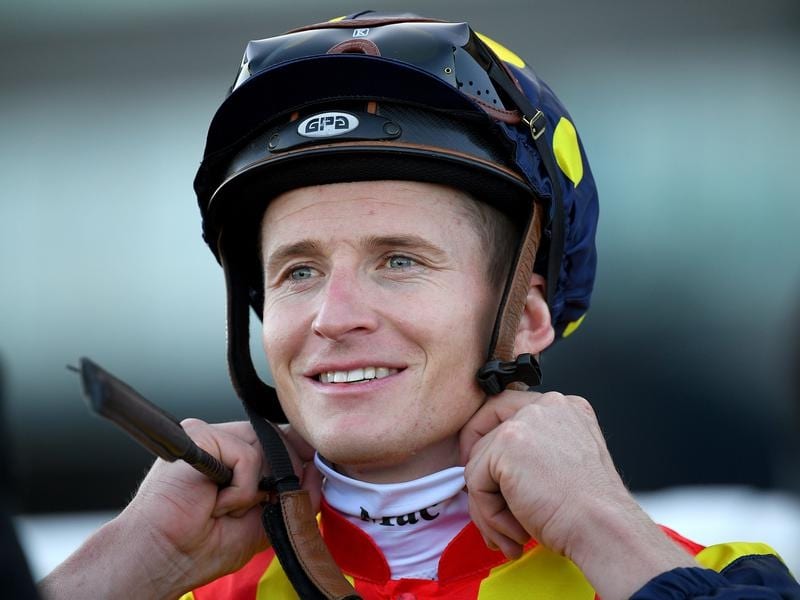 James McDonald will ride bargain-buy Through The Cracks in the Provincial Championship Final.

Angela Davies and her bargain-buy horse Through The Cracks are what the Provincial Championships are all about.

The small-time trainer went looking for a cheap horse at the Scone sales a few years ago and stumbled upon an immature yearling by unfashionable stallion Warning.

She liked the cross of a Danehill line stallion with a More Than Ready mare, he was athletic if not a bit immature, and at $7500, he was in her price range.

“I went back about seven times and kept asking them to pull him out and walk him around. I just thought, ‘I do like you’,” Davies said.

“I didn’t really have any buyers so I thought I will see if I can get him for cheap and sell shares in him. I had to talk people into taking 10 per cent shares at $750.”

The five-year-old has won five of his 12 starts and more than $130,000, booking his spot in Saturday’s Provincial Championship Final (1400m) at Randwick with a slashing second to Final favourite Asharani at Newcastle.

Davies says it is getting harder to find cheap horses who can run, hence her optimistic name for the gelding.

“I’ve only been a very small trainer most of my career and I have always backed myself with all the horses I have bought,” Davies said.

“Nowdays it doesn’t happen much any more where you can find one.

“That’s why I called him Through The Cracks. He slipped through the cracks.”

Davies and the horse’s owners flagged the Championship Final as a potential target eight months ago but those plans were put on the shelf because the timing seemed too difficult.

A couple of setbacks later and suddenly the race was back on the radar.

Davies started chasing a jockey and when Hugh Bowman was unable to commit, she made a fortuitous call to James McDonald’s manager and the star hoop jumped on board.

McDonald rode Through The Cracks in a recent barrier trial and gave the horse the thumbs up.

“I always thought he was the right horse but I just didn’t think we were going to have the right timing,” Davies said.

“As it turned out, we did have. You never know in this game what can happen.”

Davies does not know what will happen at Randwick but she is proud as punch to have her little horse competing for a share of the $400,000 purse.

She is the only Gosford trainer with a runner, a feat she has managed from just a handful of horses.

“I only train eight horses. To buy the horse, educate him, it’s great to be competitive and have a live chance.”