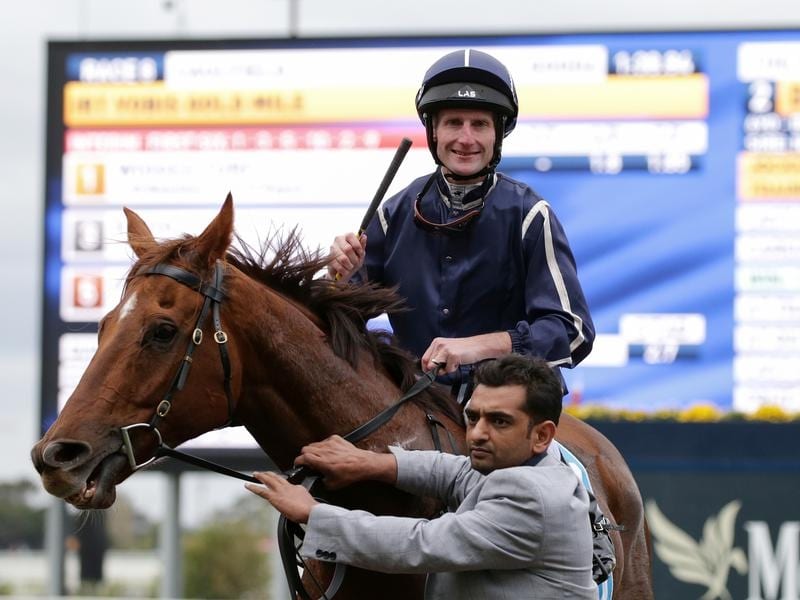 Widgee Turf, the horse bought for $4500 as a weanling, has taken his career earnings past $1.1 million with a strong win in the $250,000 VOBIS Gold Mile at Caulfield.

The five-year-old has proven a bargain buy for his owners Gordon and Marlene McIntosh, with Saturday’s victory the Patrick Payne-trained gelding’s 11th from 29 starts in a career which started in a Swan Hill maiden in August 2016.

“I think that’s the most important win he’s had,” Gordon McIntosh said after watching the gelding at Caulfield.

“Patty got him just before he turned three and he had his first start at Swan Hill and he won that quite easily.

“We drove down from the middle of Queensland to be there and from then on it’s just been mind-boggling, to tell you the truth.

“To have now won ten races in town and tick over a million dollars today, that blows me away.

Sent out the $1.80 favourite, Widgee Turf settled midfield on the fence in the field of nine but jockey Brad Rawiller was able to angle the favourite out to take a gap in the home straight before he sprinted clear to win by 1-1/4-lengths.

Widgee Turf finished midfield in the Doncaster Mile in his first attempt at a Group One race earlier this month and Payne has had the Group One Stradbroke Handicap (1400m) in June in Queensland in mind for the gelding’s next start.

However, Payne was wondering after Saturday’s Caulfield performance whether the 1400m could now prove too sharp for the gelding at that level.

“Maybe we need to go up in distance and not down.

“He does work very well in blinkers. It would be the time to do it in the Stradbroke with blinkers on. But we’ll see.”