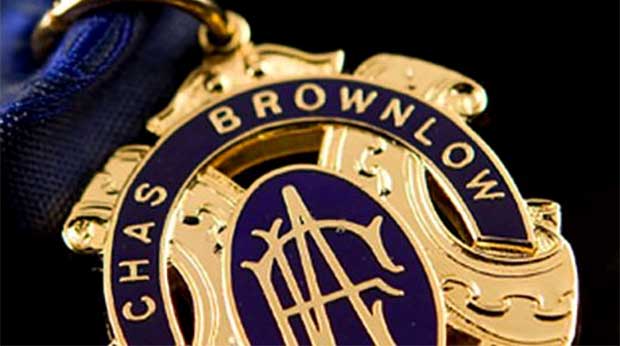 LET’S all agree on one thing.

Geelong star Patrick Dangerfield is the best player in the AFL.

He’s had the best season on one of the best teams in it, he’s a shoe in at $1.20 to win the Brownlow Medal and he might even wind up winning the Premiership in his first season as a Cat.

He’s a loveable bloke to boot.

But, for punting purposes, if you didn’t get on him early in the season, you probably don’t care about him.

Fortunately, we can still have a fun Brownlow Medal night, because Sportsbet.com.au has released a market on who will win the AFL’s most coveted individual award – minus Dangerfield.

That’s right, the odds are basically on who will come second (provided Danger wins, as we all expect). Hell, Sportsbet.com.au already paid out a huge figure on him to win half way through the season it is that confident in him taking home the award this Monday night.

So who are the smokeys to claim the award without Paddy?

Dustin Martin is the obvious favourite at $3.25 to be his bridesmaid. Facing the adversity of a horrible club at Tiger land and off-field issues with his father being deported back to New Zealand, Martin showed a maturity yet to be seen in his career thus far.

And did he rack up some big numbers.

From rounds 16-18 he had 38, 43 and then 39 touches in a remarkable stretch, the last one against reigning premiers Hawthorn.

He had 30 or more touches 15 times, including six in a row, and had 38 or more five times. That’s as good as anyone going and he demands respect in this market, as shown by his short quote.

He is the obvious choice, but he is not our choice.

We like two men north of the border to really rock the cradle.

Sydney’s Josh Kennedy ($23) and Greater Western Sydney’s Stephen Coniglio ($34) have had quietly superb seasons in the Harbour City and command a look.

We love big odds and we love an underdog and these two men fit the bill.

Depending on who you listen to, Kennedy is anywhere from number one to number four in the Swans’ midfield pecking order.

And, while that spells a bit of trouble, with the other talented members of his brigade pinching votes of him, we feel like his team mate Luke Parker is far too short at $5.50.

Parker might well be leading the Brownlow after round three, but his season was far from consistent and he tended to fade in and out of games. He would back up monster 30-plus disposals games with matches in the low 20s, preferring to allow others to take the ascendency.

Kennedy, on the other hand, has had a humungous season.

He has had 12 games over 30 disposals, including three over 40, with a 45 disposal effort his opus against Fremantle.

He will come home with a wet sail in the Brownlow Medal count, with six of his last seven games all chances of three votes.

The midfield extractor is a proven vote winner and, should, at the very least, be a top five finisher at very strong odds.

Hi 37 disposals against Richmond closed out the season, but, if they voted for the Brownlow in finals, he would almost certainly have another three votes for his 42 disposals beast of a performance against the Adelaide Crows in the semi final on the weekend.

We’re high on Kennedy and you should be too.

Another guy who we think is probably the most under-rated player in the competition is Greater Western Sydney’s Stephen Coniglio.

With the likes of Dylan Shiel and Callan Ward in the Giants’ star-studded midfield, Coniglio gets a little but lost in translation.

But, make no mistake about it, he is among the side’s most important players and, if the umpires are to be trusted as good judges of performers, he must garner a mountain of votes in the count.

The key to Coniglio is that he is a stopping machine, often going to the opposition’s most damaging midfielder, but he also kills sides going the other way, collecting a ton of hard ball and using his silky skills to propel the Giants’ attack.