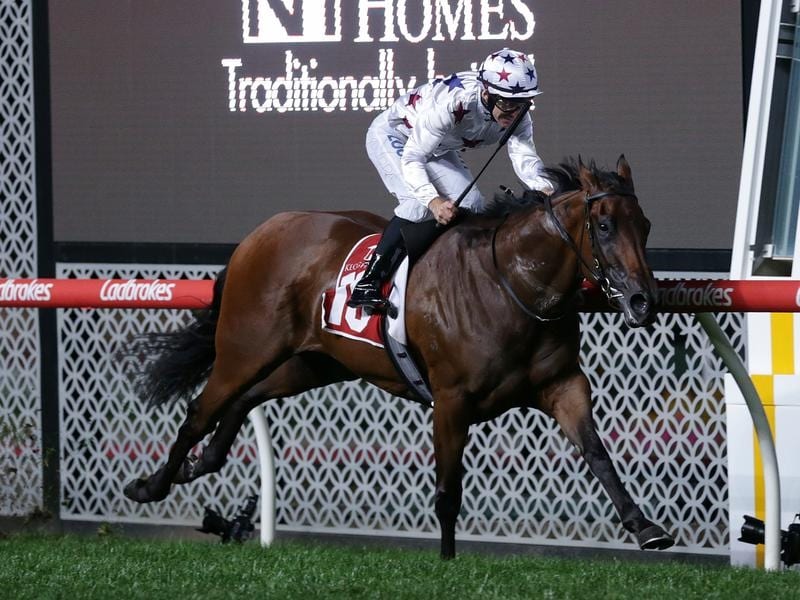 Group One-winning mare Sunlight is far from certain to take her place in The Shorts at Randwick.

Connections of Everest-bound mare Sunlight will continue to monitor the Randwick track condition before deciding whether the triple Group One winner takes her place in one of the main lead-up races to next month’s $14 million sprint.

Sunlight is one of 11 acceptors for Saturday’s star-studded Group Two Shorts (1100m) at Randwick, which features a host of Everest contenders, but she is not at her best in the wet.

The Shorts is one of three lead-up races trainer Tony McEvoy, who now trains in partnership with his son Calvin, has pencilled in for Sunlight leading into The Everest on October 19 but Sydney’s wet weather had Randwick rated in the heavy range at Wednesday’s acceptance time for Saturday’s meeting.

“It’s not the end of the world if she doesn’t run,” Calvin McEvoy said..

“That’s why we’ve programmed her to have those four runs, knowing that if the weather were to turn against us it wouldn’t be the end of the world and she wouldn’t be short of a run.

“So if she doesn’t run she will trial on the 24th at Warwick Farm and she can have a good solid hit-out there and go to the Premiere Stakes.

“No decision has been made and no decision will probably be made until Friday afternoon or Saturday morning.

“At this stage she’s running.”

“We’re lucky to already have a slot in The Everest,” he said.

“We’re not out there to prove anything to anyone. She’s obviously a star mare and it’s not the end of the world if she doesn’t run this weekend.”

Lightly raced Classique Legend, one of six confirmed Everest runners in the field, was the $4 favourite for The Shorts on Wednesday ahead of Pierata ($4.60).

Dual Everest winner Redzel, winner of the Concorde Stakes, was at $5.