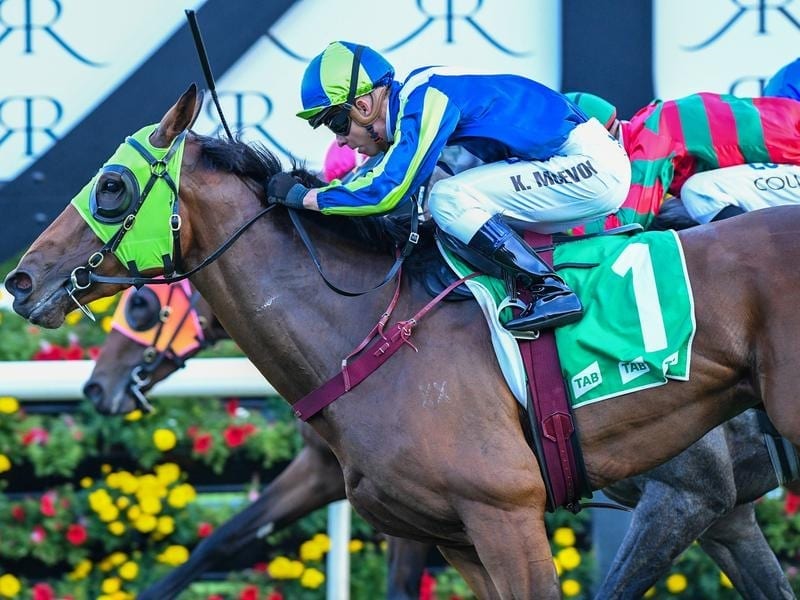 Trainer John Sargent is counting on a wet track to bring out the best in Luvaluva at Randwick.

A rain-affected track is shaping as the pivotal factor for Luvaluva in her bid to return to the winners’ circle in the Group Three Craven Plate at Randwick.

Trainer John Sargent said the mare struggled to stretch out on the firm ground when fifth to Ace High in the Hill Stakes two weeks ago.

With Randwick expected to at least be rated in the slow range on Saturday, Sargent anticipates an improved performance.

“Michael Walker just said when he challenged her the other day she didn’t let down on the firm track so it should be perfect on Saturday,” Sargent said.

“It’s a nice race on Saturday on her home track.”

A dual Group winner as a three-year-old, Luvaluva has had three runs this campaign, her best result a first-up fourth to Egyptian Symbol in the Toy Show Quality.

Sargent says she is a gross mare who improves into a campaign and he expects her to be at her top this weekend when Jay Ford takes over the reins.

It will be her final run in Sydney before she heads to Melbourne for a hit-and-run mission during the Melbourne Cup carnival.

“She’ll be at peak fitness on Saturday and she’ll go from there to the Matriarch at Flemington on the last day of the carnival, probably with a trial in between,” Sargent said.

The Craven Plate (2000m) has attracted a field of 15 headed by warhorse Who Shot Thebarman, one of four runners for Chris Waller along with Comin’ Through, Shillelagh and noted wet-track performer Egg Tart.