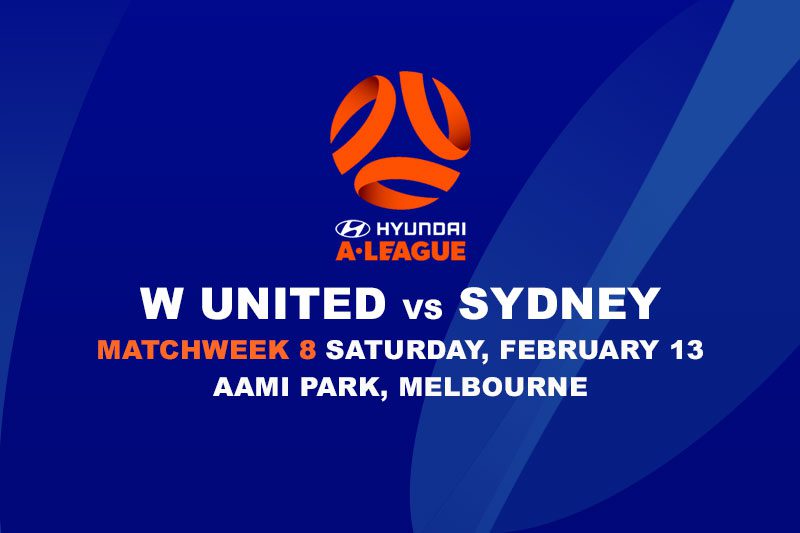 Sydney FC will travel to AAMI Park on Saturday afternoon to take on Western United in Matchweek 8 of the 2020/21 A-League season. The two teams have both only played five games, and the reigning champs have certainly made the superior start with three wins and a draw. On the other hand, the hosts have only managed one win from five games and desperately need their experienced attack to start firing. A-League betting sites have Sydney FC pegged as $2.35 favourites, with Western United at $2.90 and the draw at $3.40.

Recent form suggests that the reigning champs should pack too many punches for Western United to handle. With an attack that boasts the likes of Kosta Barbarouses, Milos Ninkovic, and the veteran quartet of Luke Brattan, Ryan McGowan, Alex Wilkison and Rhyan Grant, the Sky Blues seem to match up perfectly with United. Sydney can go within a game of the league-leading Central Coast Mariners with a win on Saturday, and they look a nice price at odds of $2.35.

Following a 2-0 loss to the Mariners back on January 22, Sydney FC have hit a nice patch of form with five goals in their past two matches. The 2-1 win against the Phoenix last time out looked better on the pitch than it did on paper, while the 3-0 win over Macarthur on January 30 suggests the attacking prowess of Sydney FC will be too much for the Western United defence to handle. United have conceded six goals in their past three games, and this looks like an uphill battle for them.

Sydney FC to win first half

As you can tell, we are quite keen on Sydney FC’s chances this weekend, and they will look to put a gap between them and Western United early. With Barbarouses coming off a brace in his last game, look for him to pop up with an early chance, or even Ninkovic, who will be looking to add a second goal to his season tally this year. The Sky Blues are a classy outfit and will want to show it in the first half.