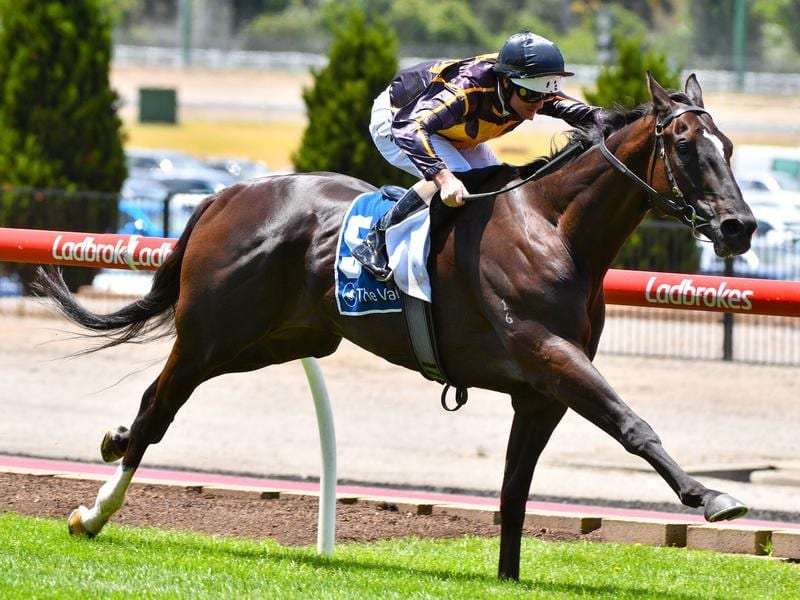 Co-trainer Ben Hayes says Westbrook Park should enjoy the step up to 1720m at Flemington.

A rise in distance is expected to suit Westbrook Park at Flemington where he chases a hat-trick of wins but co-trainer Ben Hayes is looking forward to racing the gelding over even longer.

The three-year-old broke his maiden at Cranbourne at his fifth start last month and backed it up with a more impressive win when stepped up to 1600 metres at The Valley on November 30.

“It was a very convincing win last start,” Hayes said.

“Everything went in his favour that day but you can only win.

“He’s progressing through the grades nicely and he has really come through his last run well.

“I think he’ll really like the step up to 1720 metres and I can’t wait to get him out over even further.

“I think over 2000 metres he might hopefully go to the next level.”

Westbrook Park has the second outside barrier in a field reduced to nine after two early scratchings.

He is on the second line of betting at $3.40 behind the Mitchell Freedman-trained Living The Dream ($3.10).

“He’ll need a bit of luck in running but I think he’ll run well,” Hayes said.