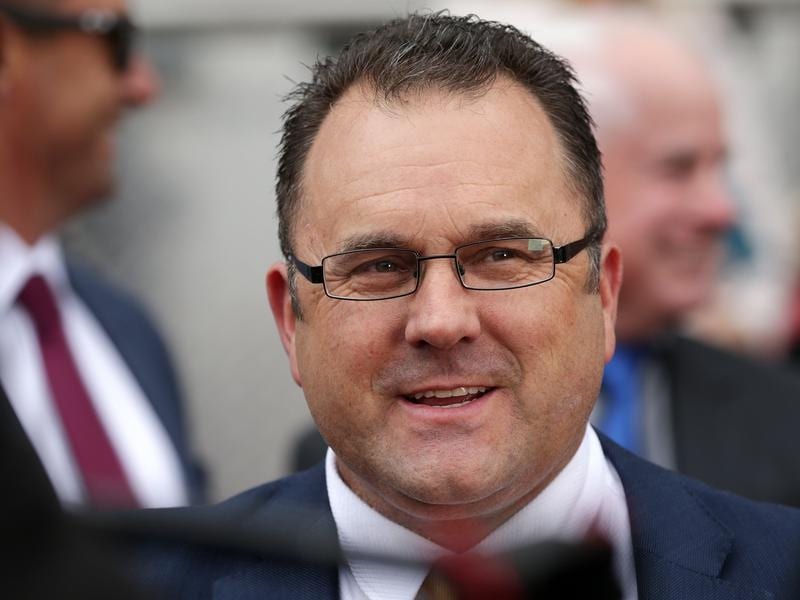 Like a number of his fellow trainers, Robbie Griffiths is hoping the rain has stopped in Melbourne and the Sandown track can dry out.

Griffiths’ sole representative at Sandown on Saturday is Igniter in the Ladbrokes $101 Odds Handicap, a heat of the Mahagony Challenge over 2100m.

Igniter was on a path to the Queensland Derby after finishing second to Declares War over 2000m at Flemington on May 18, but plans were shelved after he beat only two home at Caulfield a fortnight later.

Griffiths said Igniter was booked on a flight to Brisbane but after consultation with connections they decided on a change of direction, switching his attention to Saturday’s race.

Happy with the track condition at acceptance time, just into the soft range, Griffiths said rain throughout Wednesday was not ideal with the track on Thursday bordering on heavy.

Melbourne’s forecast is for the chance of showers on Friday afternoon.

“I’d like to run him on Saturday, but I’m just worried about how wet the track will be,” Griffiths said.

“He didn’t handle the wet last start, but I think we’ll wait until Saturday morning and give ourselves every opportunity.

“He’s never shown a liking for soft ground and that’s why he won on the synthetic at Pakenham and his Flemington run was good on the dry.

“He’s in really good order and he worked great on Tuesday morning, it’s just a question on whether the conditions are going to be right for him.

“If he gets a surface to suit he can run well.”

Griffiths has enjoyed a successful season posting 82 winners in Victoria to sit fourth on the trainers’ premiership with a strike-rate of 13.3 per cent.

“Things are a little bit quiet coming into winter with just the one runner on Saturday, but we’ve had a good season which is important for the stable,” he said.