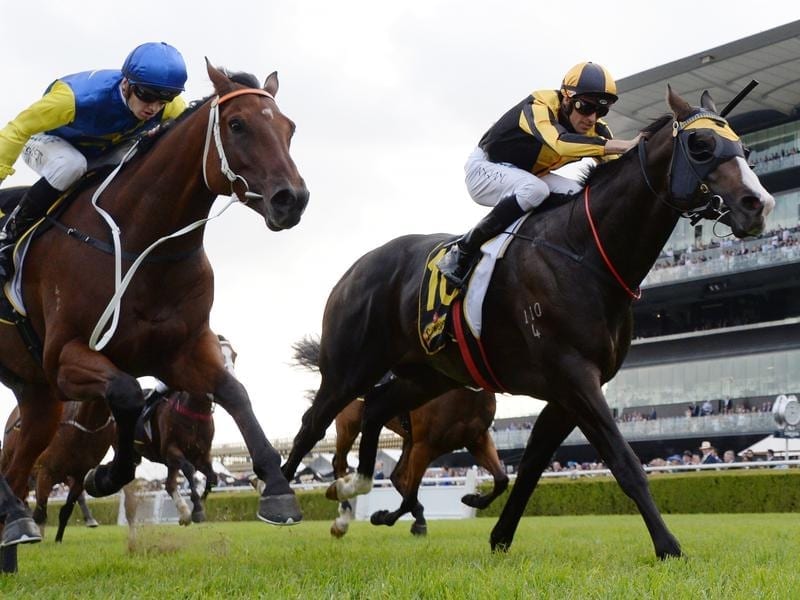 While controversy surrounds the lead-up promotion to The Everest, Trapeze Artist’s trainer Gerald Ryan is more concerned about the weather.

The $7 equal favourite for Saturday’s $13 million race alongside Santa Ana Lane and Vega Magic, Trapeze Artist had a final fast gallop at Rosehill on Monday morning.

“I really don’t want it to rain any more for him,” Ryan said.

“The forecast is not too encouraging. I would like a good barrier for him too but I have no control over either so we’ll go with what we get.

“He worked well this morning on the Pro-Ride track and I’m happy with his condition going into the race.”

The barrier draw will be held in Sydney on Tuesday night with the plan to project images on to the sails of the Opera House.

Vega Magic, runner-up in last year’s Everest, worked on the Kensington track at Randwick on Monday morning while Irish visitor U S Navy Flag will have a work-out on Tuesday at Canterbury Racecourse where he is quarantined.

The weather forecast for Sydney is for a clear day on Tuesday with rain returning in the lead-up to Saturday.

There were 23 entries taken on Monday for the Group Three Sydney Stakes, also over 1200m.

Emergencies for The Everest will be named from the Sydney Stakes field with the nominations including Tulip and Clearly Innocent who ran fifth and eighth respectively in the inaugural Everest last year.

Clearly Innocent is trained by Kris Lees who has three Everest runners – Graff, In Her Time and Le Romain.