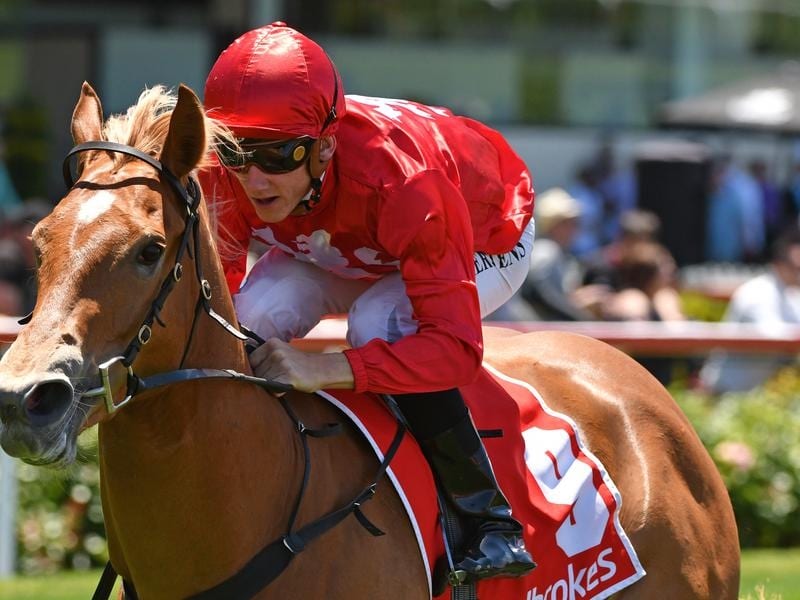 Brooklyn Hustle is nearing a return to Jason Warren’s stable to be set for Group One races.

Trainer Jason Warren will keep an open mind with Brooklyn Hustle in the spring, admitting he is still unsure whether the filly will be kept to sprints or stretch out to the Thousand Guineas distance.

Brooklyn Hustle made a big impression when she stormed to a debut win at The Valley in December, defeating Yes Yes Yes by two lengths.

The Rosemont Stud-owned two-year-old then finished fifth in both the Blue Diamond Fillies Prelude and $1.5 million Group One Blue Diamond (1200m) at Caulfield in February before being given a spell.

“She will just have a month there with them and then she will come across to us.

“We’ll probably give her a couple of starts in the usual three-year-old fillies races at the start of the spring and then we’ll decide whether we stretch her out to a mile or stay at the short trips.

“We’re still in two minds which way we go with her.

“We’ll decide which way we go after she has had a run or two. It’s tempting to get her out to at least 1400 metres and then decide.”

Warren also has spring hopes for another Rosemont-owned filly Knowles, who like Brooklyn Hustle is a daughter of stallion Starspangledbanner.

Knowles hit the line strongly for second to Moldova in an 1100m race for two-year-old fillies at Flemington on Saturday in her third career start.

“She is a pretty nice filly and she will probably get a mile,” Warren said.

“She will probably have another one or two runs and then we’ll set her for something in the spring.

“She’s got a lot of upside and she’s still learning.”